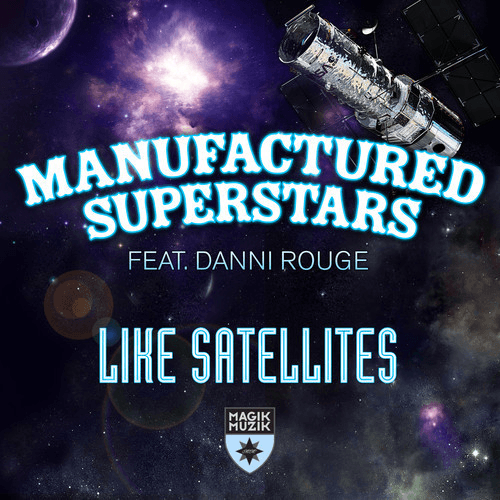 Stage 1 of the upcoming ‘Prepare For Lift Off E.P.’ achieves primary ignition with ‘Like Satellites’. Twining its vocal anthemia and sing-a-long radio appeal, North Hollywood-based singer/songwriter Danni Rouge has ‘Lift Off’ heading to the heavens. Having previously toplined the tracks of Rusko and others, she brings the same magical, accessible catch to the lyrics and moving tones to its vocals.

With the Superstars chunky drum & percussion loops and sky-raking synths manufacturing an electrifying storm in the break, at the top of the drop ‘Satellites’ is hurled clean into orbit.

Further into September Manufactured Superstars will be premiering more of the E.P.’s. tracks. Come the end of the mouth the countdown clock will reach zero and the Prepare For Lift Off Tour will launch, taking in dates around the States are far beyond. Don’t miss!