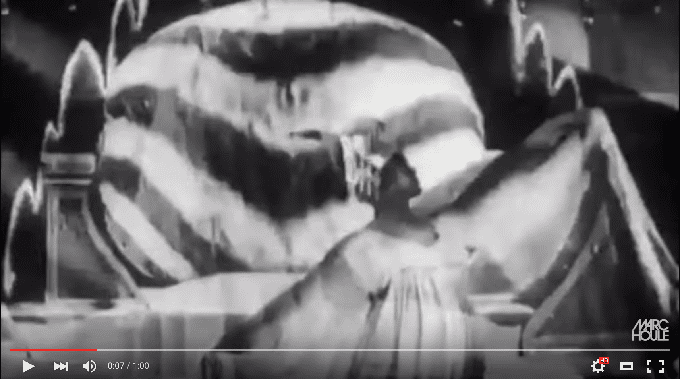 Houle’s composition will premiere with a screening and live performance on Thursday 15 October at the Amsterdam Dance Event.

Marc Houle’s original score for 1920s silent film A Page of Madness will make its world premiere at the Amsterdam Dance Event this year. Techno producer Houle will perform his composition live on Thursday 15 October, as part of the Films @ ADE programme, a series of documentaries and films hosted at Melkweg Cinema.

Originally created in the 1920s, A Page of Madness (Kurutta Ippeiji) was long believed lost until the creator, Teinosuke Kinugasa, rediscovered it hidden deep in his garden shed. A masterpiece of Japanese silent cinema, Kinugasa uses a striking array of expressionist and surrealist filmmaking techniques to evoke the inner thoughts and feelings of patients in a mental hospital. A jazz soundtrack was later added to the film when it was first rediscovered in the 1970s.

On seeing the film, Houle immediately felt a connection with it but felt the jazz soundtrack did not reflect the dark and eerie mood that Kinugasa had conveyed through the visuals. With this in mind, he set out to create an original score to bring the film to life, syncing the music and sound effects with the film to enhance the overall cinematic experience.

“When I first discovered the movie I was really drawn to all the beautiful visual elements and the emotions that were involved. The 70’s jazz soundtrack that was later added seemed to detract rather than add to the overall mood. I kept imagining a very dark sound to equal the dark story and decided to create one myself. The results were so moving and I am hoping to share this experience with others at ADE this year.” – Marc Houle

Houle’s live performance premiere of A Page of Madness will form part of the Films @ ADE programme, a series of documentaries and films hosted at Melkweg Cinema. Taking place on Thursday 15 October, the screening will be free for ADE Card Holders and conference delegates.