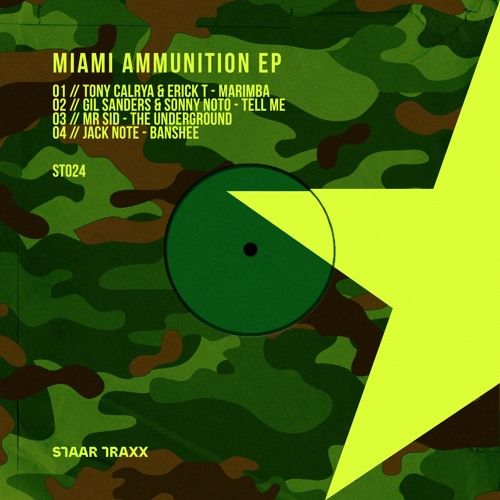 With these two guys, you always knew the result was going to be a vibe infused combination of power and passion. ‘Marimba’ delivers on that promise, as it captures the festival atmosphere just moments after the track begins. With previous support from Bob Sinclair, DANNIC and Paul Oakenfold, Tony Calrya and Erick T have the knack of creating tunes that audiences thrive on.

The track starts off with the crisp percussion and extends in to a growing, anthemic build. When the drop kicks in, it’s not hard to imagine crowds going wild, with sun shining and speakers booming. Raucous bass line and thumping kick drums, the track has all the makings of a classic summery House tune, with the intricate styling’s of these two ground-breaking producers. The producers manage to inject new infectious rhythm and vibes in to a tried and tested genre, whilst making something which sounds as fresh as ever.

Releasing on Staar Traxx, the track will be featured alongside other bangers from artists such as Gil sanders and Sonny Noto. Amongst good company, the whole release sounds epic and makes us excited for the coming summer season. Packed full of energy and emotion, there is so much to look forward to in the coming months – namely hearing this one getting played out everywhere!