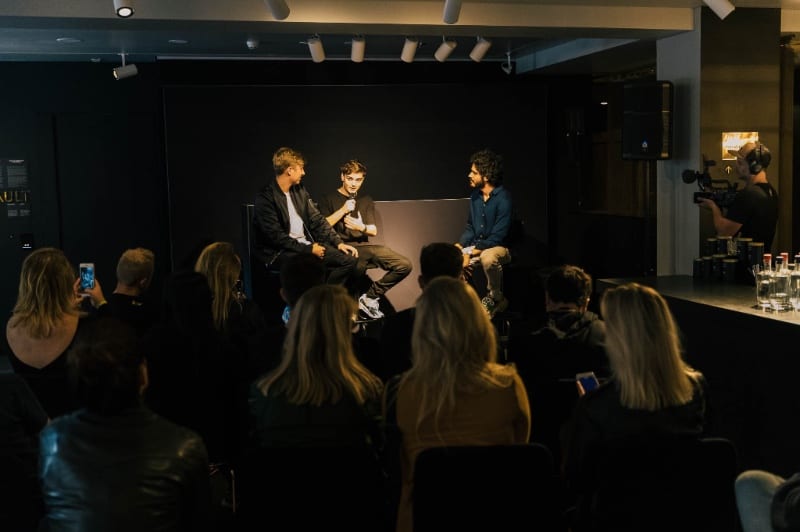 Martin Garrix’s book LIFE = CRAZY is officially on sale, which was celebrated with the book launch at X BANK in Amsterdam yesterday. In honor of Amsterdam Dance Event and to celebrate the book launch, the ground floor of the concept store of W Amsterdam hotel has been transformed into a Garrix pop-up store. The pop-up store will be open to visitors until Sunday October 21st.

The launch, hosted by Kay Nambiar, featured a live Q&A of Martin Garrix and his photographer Louis van Baar, who shot all the photos for the book.

LIFE = CRAZY is a visual journey through the life of the superstar DJ/producer in more intimate detail than ever before. Although his story has been told before, LIFE = CRAZY offers a new inside view which is unmatched, with personal moments as well as the greatest events captured in amazing photographs.