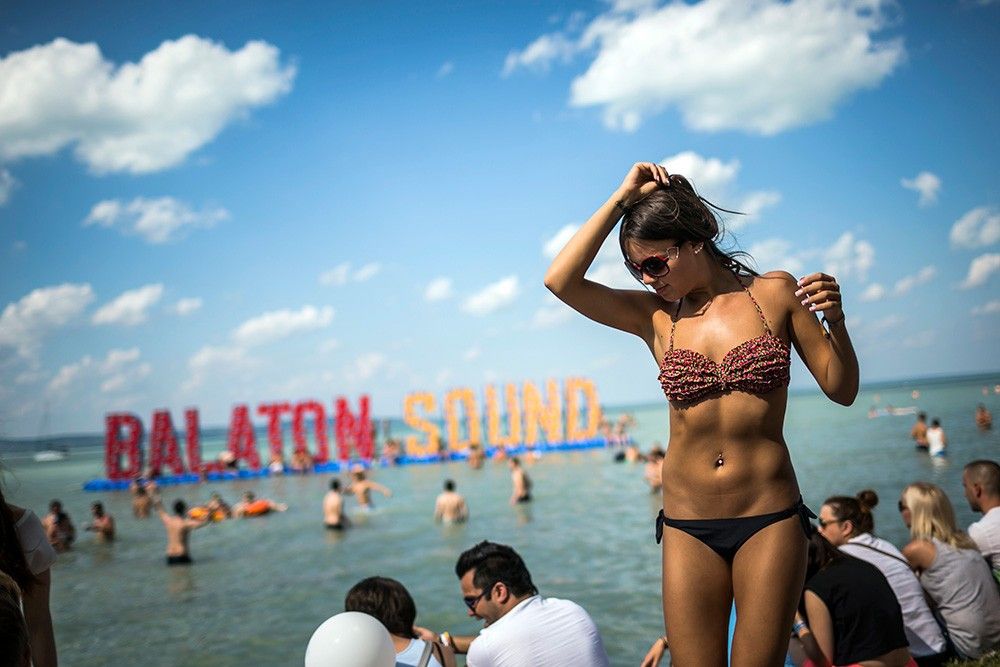 2015 for the MasterCard Balaton Sound audience starts with a promising line-up of DJ’s including Hardwell, Nicky Romero, Afrojack, DVBBS, Showtek and more already confirmed to provide the beat for the 4 day long beach party by Lake Balaton in Hungary. As in previous years, in 2014 Balaton Sound closed its gates with a full house of 145 000 fans. In 2015 the event will take place on the 9-12 July, where the program will be mind-blowing, the beach will be refreshing and the festival will ultimately be the best 4 days of the summer.

The organizers of Balaton Sound always aim for the biggest international stars of electronic music and 2015 is no different as the first 15 names are revealed. The party never stops in Zamárdi and all-star acts such as, Hardwell, Nicky Romero and Grammy award winning DJ and producer, Afrojack, will provide the music. In addition DVBBS, Boys Noize, Showtek and British singer and songwriter, Charli XCX, will be bringing good vibes to Balaton Sound this summer. Among the names we can also find Joey Bada$$, the brilliant multi-dimensional Berlin duo Pan-Pot and Dutch DJ and producer Quintino. The Sound crowd will definitely remember the shows by Vinai, Roni Size & Reprazent, Chris Liebing and SBCR DJ, also known as Sir Bob Cornelius Rifo from The Bloody Beetroots.

Balaton Sound has been organized in the charming town of Zamárdi since the very beginning. Now organizers have agreed with local authorities to keep the festival site there until at least until 2020. Connected to this decision, organizers have initiated a large-scale infrastructure-based development that aims to better accommodate the festival visitors on site. In the framework of the project investments will target replanting the vegetation, creating parks, building roads and runoff paths for the rain, in case of extreme weather conditions. The development will also include the improvement of the utility background of the area. These objectives will further enhance the comfort of visitors, which is one of the key goals of the premium festival. Similarly to previous years, exciting and unique decorations will appear at the festival, where major stages will not only be equipped with several pyrotechnical tools, but fireworks and mega installations will amaze the audience on the grounds as well as on the water.

Regarding the festival set up, many developments took place last year such as moving the Main Stage, the Party Arena and the Terrace to welcome even more people. These transformations will continue also in 2015 and as an outcome the program of the Party Arena will be held in a much bigger tent, exactly in 5500 square meters. The Terrace will also go through major changes and will move into a very unique set up. As Balaton Sound is organized right on the beach of Lake Balaton the organizers are planning to take advantage of the one-kilometer shore by constructing even more venues on the Lake itself with stages dedicated to different sub-genres of electronic music and lounge bars hosting international DJs.

The accommodation possibilities have also expanded. Right next to the festival area, VIP Camping will await visitors who are looking for high comfort and a wide range of services. Special wooden houses, pre-settled caravans and pre-pitched tents are allocated so the hard-core Sound people can enjoy some sleep close to party central. The VIP Camping also has its own pier and beach on the short of Lake Balaton, while an Internet tent will allow unlimited surfing on the World Wide Web. Besides the basic camping possibility, many different types of accommodations are located not only in Zamárdi, but also in the neighboring cities, as Siófok or Balatonföldvár. More information and offers will follow in the upcoming weeks.

Balaton sound will take place between the 12-19 of July. For more information and tickets visit: www.balatonsound.com