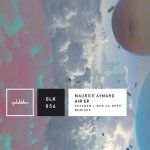 Mid May will see Maurice Aymard offer up ‘Air’ via his very own Galaktika Records, backed with two remixes from Pezzner and another from Ben Las Desh.

Maurice Aymard launched the Galaktika Records imprint in 2005 and now ten years deep has released material from the likes of John Tejada, James Teej, Jay Shepheard and Sasse. Here Maurice makes a return to his imprint with some fresh material following his album project and other offerings on Moodmusic and Acumen’s Thrill Of It, this time his new single comes accompanied by remixes from two household names in house music, Pezzner and Ben La Desh.

Pezzner’s ‘Shallow Remix’ steps up next and the stateside producer treats us to his typically raw and infectious style with crunchy drums, rumbling sub bass tones and mind bending synth blips vacillating throughout its six and half minute duration.

Let’s Play House artist Ben La Desh then takes things a little deeper with is take on ‘Air’, laying the focus on ethereal atmospherics, jazzy percussive elements and dubbed out bass licks before Pezzner returns with his ‘Daytime TV Version’ to round things off, delivering a low-slung and contrastingly deep remix in comparison with loose drums and murky pad lines running throughout.

Marsupial’s ‘Gotta Get You’ EP is out on Madhouse Records 3rd May (Traxsource) and 17th May (General) 2015.