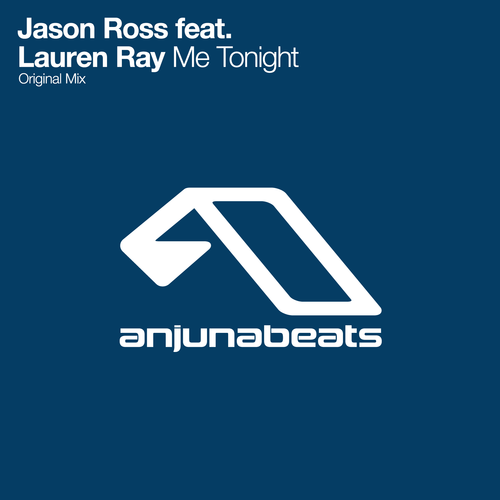 Jason Ross, Anjunabeats' latest star talent, has now released his new single "Me Tonight" featuring Lauren Ray on Anjunabeats. The track is available for download on Beatport, and can be streamed on both Spotify and SoundCloud from it's recently selection as 'Record of the Week' on Above & Beyond's Group Therapy radio show.

The hit tune will also be featured on the upcoming Anjunabeats Worldwide 06 compilation, which Jason will also be mixing and is due out in late July. The mix has previously been hosted by now-legendary label stars like Mat Zo, Arty and ilan Bluestone.

In addition, Jason is embarking on his first solo headlining tour, crossing North America, August through October along with festival appearances at Ilesoniq and Electric Zoo. Tickets are on sale now – links can be found on the Anjunabeats Worldwide 06 website.

Featuring all the hallmarks of a refined Jason Ross production, "Me Tonight" is a warm melodic trancer with electro-edged elements giving the track a thoroughly contemporary feel. Having found BBC radio play across the UK with her folk flavor, Lauren's silky tones compliment the tracks longing intonations perfectly. In addition to earning 'Record of the Week' honors on ABGT185, a slew of industry heavyweights have already put their support behind the track, including Armin van Buuren, Markus Schulz, Ferry Corsten, Cosmic Gate, W&W, Fedde Le Grande, Seven Lions, Gareth Emery, Super8 & Tab, Myon & Shane 54, and more.

Jason Ross' 'Anjunabeats Worldwide 06' compilation will be released this July, featuring a host of exclusive records from some of the labels most loved artists. Register for all compilation and tour news here: https://www.anjunabeats.com/worldwide06/