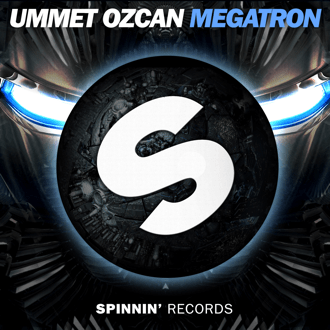 It’s racing, blazing and bombastic. Ummet Ozcan does justice to its song title. His new track ‘Megatron’ is a huge and powerful track with sharp and solid synth stabs, a speedy beat, theatrical choir and gigantic drops. Get ready to be blown away by this tune.

The Dutch DJ/producer Ummet Ozcan is on a blaze. Known for his genre-defying hits like 'The Code', 'Smash', 'Lose Control', 'Kensei', ‘On The Run’ and his invigorating tune ‘The Hum’ (collab with Dimitri Vegas & Like Mike, released last year) which turned into an international hymne. This year released track ‘Spacecats’ (released on Spinnin’ Records end of March) peaked at #6 in Beatport’s Top 100 and #3 in its Electro Chart and already has 2.2 million YouTube views since its release. His most recent release ‘Wickerman’ (released on Musical Freedom in June) reached the #3 position in Beatport’s Electro House chart.

Ummet Ozcan continues his blaze with his newest release ‘Megatron’. “I enjoyed making ‘Megatron’ in the studio a lot! It has this boombastic vibe which in my opinion is essential to a good and usuable festival banger. Will definitely play it throughout the summer!”, explains Ummet Ozcan.