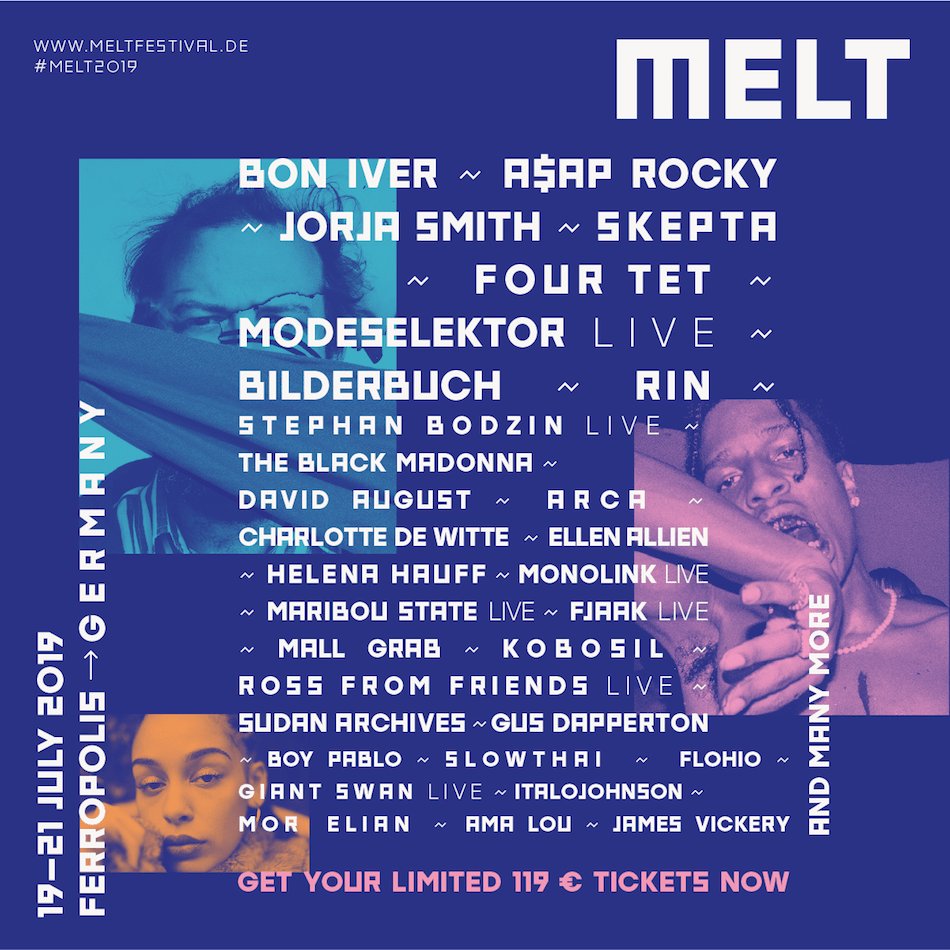 Melt, the Mad Max inspired post-industrial festival mecca, returns once again toFerropolis, Germany from 19 – 21 July 2019 with another multifaceted lineup, pulling together some of the biggest names from across the musical spectrum.

Headlining this year will be Bon Iver. The nom de band of Justin Vernon, Bon Iver became the poster child for the late-2000s indie folk sound following the 2007 release ofFor Emma, Forever Ago – a confessional album written primarily in isolation in a cabin in northern Wisconsin that was as enchanting as it was heart wrenching. In the decade that ensued, Vernon amassed multiple Grammy Awards, millions of fans – Kanye West being one of them – and evolved the Bon Iver sound, shifting to an altogether more electronic output on 2016’s 22, A Million.

Originating as a festival for techno purists, today Melt continues its reign as a bastion of electronic music in all its forms. Confirmed to play in the City of Iron in 2019 are old favourites and new faces alike, including: Stephan Bodzin, The Black Madonna, Arca, Ellen Allien, Charlotte De Witte, Fjaak, Mall Grab, Ross From Friends and more. Undisputed Kings of Melt, Modeselektor, will of course be returning for a live set.

Limited VIP-tickets incl. VIP-camping and access to the VIP area on site are on sale for €239,00. All tickets can be bought via www.meltfestival.de