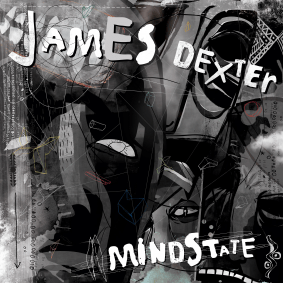 Rising UK DJ/Producer James Dexter makes his debut on Audiojack’s Gruuv imprint to kick off 2018 with his ‘Mindstate EP’, whilst the ever-impressive Mihai Popoviciu steps up on remix duties.

With previous releases on Poker Flat, Holic Trax, Roush and his own Inermu imprint, 2017 was a year in which James Dexter firmly established himself as one of the UK’s most exciting talents, gaining support from some of the industries biggest names including Sidney Charles, Santé, Tanio Vulcano and more. Here we see the Inermu boss join Audiojack’s Gruuv for a debut three-tracker, whilst Romanian house luminary Mihai Popoviciu provides a typically classy remix.

First up, ‘I Think So’ utilises a clever contrast of soft female and echoed out male vocal shots, whilst employing rolling drums and crisp claps, before Mihai Popoviciu’s groove-led interpretation lays the focus on 7 minutes of intricate and evolving percussion patterns.

Title cut ‘Mindstate’ opens the second half of the EP with authority as tough kicks, shuffling hats and rides, and bright chords all combine with an infectious vocal to reveal a production destined for sun-soaked terraces, whilst ‘That’s Life’ takes up a more stripped back aesthetic, with subtle nuances and evolutions throughout to keep the floor moving.