Ministry of Sound club presents: Together with A-Trak 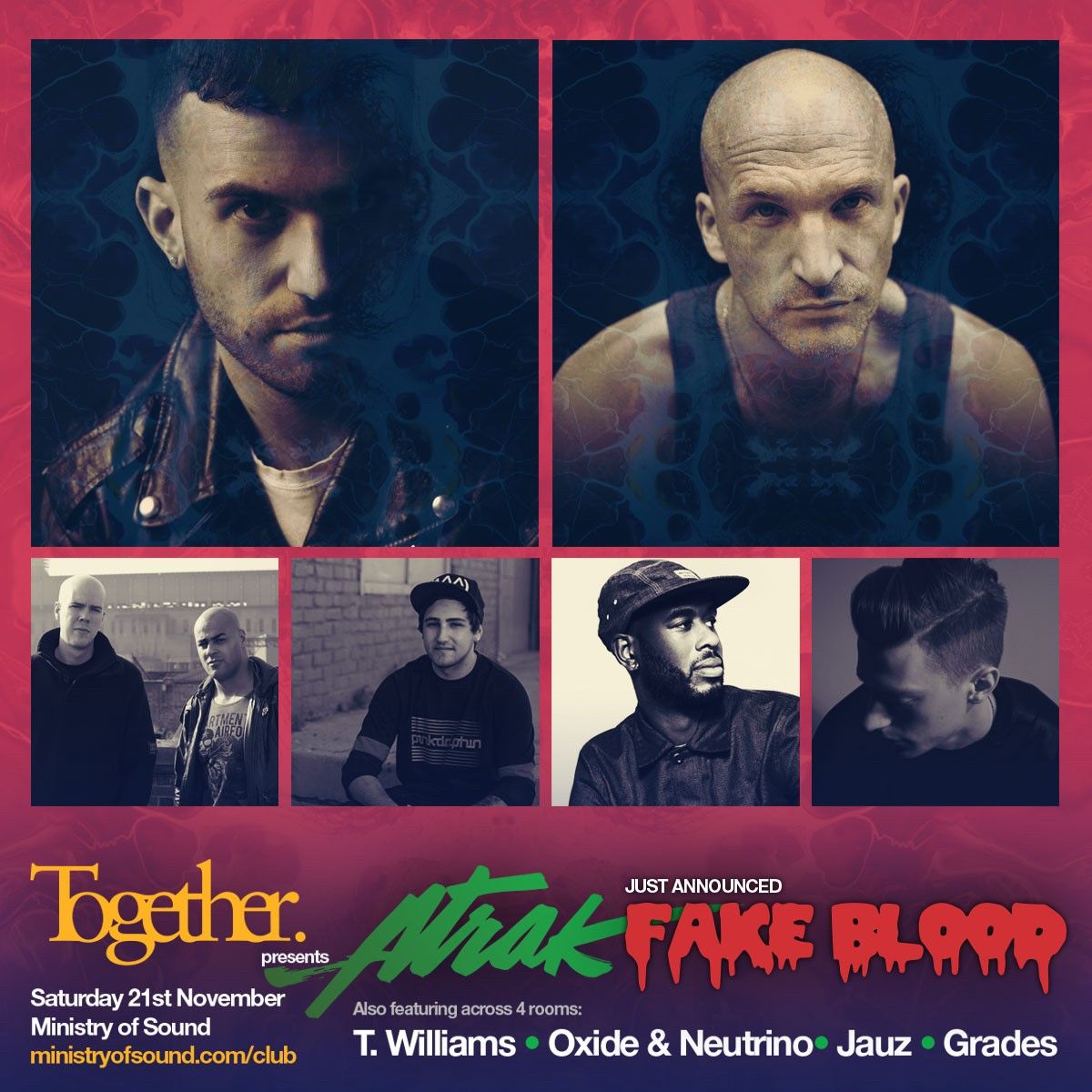 Ministry of Sound club presents: Together with A-Trak

Built up on a blockbuster month already featuring Laidback Luke, Doorly & Friends, and James Zabiela, Ministry of Sound welcomes none other than the award winning A-Trak for a blowout show on 21st November. The night also sees the ongoing return of the Together party staple after an unforgettable showcase back in October.

From childhood stardom setting DJ championship records to championing an impressive Fools Gold Records roster, A-Trak will be topping a seriously buzz-worthy bill. With latest single ‘We All Fall Down’ fresh out and catching fire – and a remix package due for December – the set will be sure to see him spinning from a stellar catalogue at a very current, soulful strength. Special guest Fake Blood in the main room brings his own weight to a lineup already in line to lift the roof off, with T.Williams and Jauz also in tow.

With Ministry of Sound playing host to the esteemed club night, Together is renowned for delivering only the best in beats from Ibiza to the UK. Having returned to Ibiza for their fifth successive year at Amnesia this year, the club brand is no stranger to welcoming some of the finest DJs within the scene and count Skrillex, Diplo, Example, Hannah Wants and more recently Mistajam amongst line-ups. Complimenting their Ministry takeover are garage pioneers Oxide & Neutrino who head up room 103, cementing this as one to see.

If you can’t make it down to the club, fans can catch the best bits by listening to Live From The Club, the new Ministry of Sound LIVE app which is downloadable for free for Android and iOS.

General tickets are on sale now.