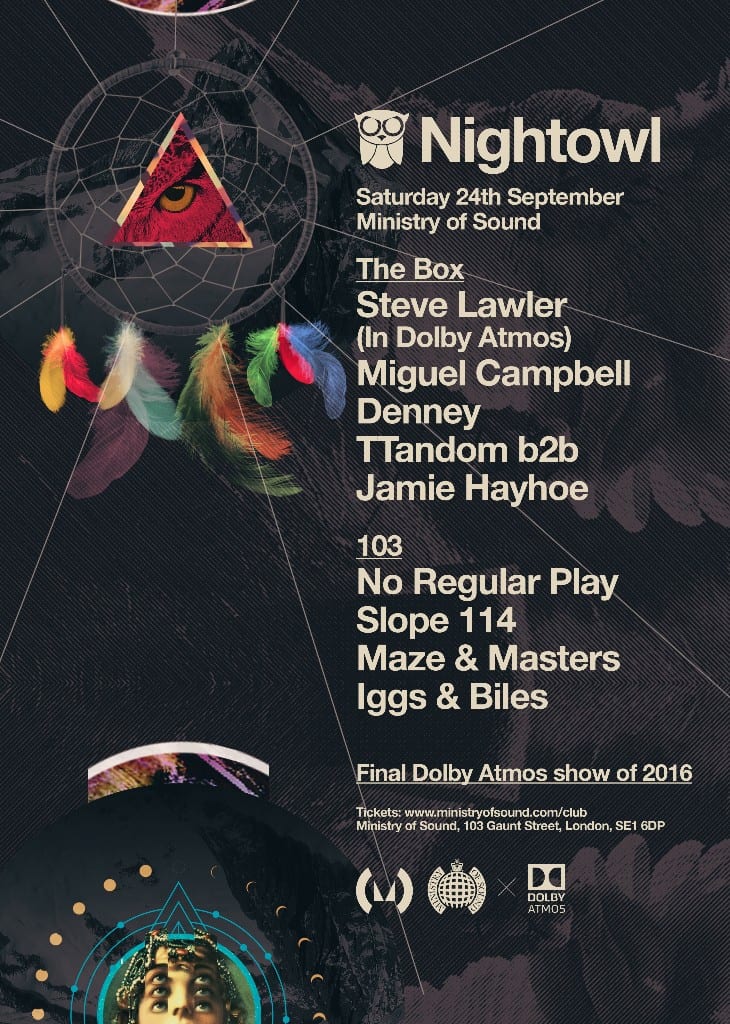 Following a series of memorable parties this summer and a huge 25th anniversary milestone, Ministry of Sound have announced an equally impressive line-up for their upcoming Nightowl showcase on Saturday 24th September.

A club culture pioneer of the acid house generation, ‘VIVa MUSiC’ founder Steve Lawler has graced the stages of some of the most respected clubs in the world. Having built a considerable legacy over the past 25 years that counts a nine-year residency at Space Ibiza and releases across some of electronic music’s most influential labels in R&S Records, Drumcode, Hot Creations and countless others – Steve also featured in Piers Sanderson’s documentary film ‘The Art Of The DJ’ earlier this year which centered on his remarkable career.

Given his legacy, it comes as no surprise that Lawler will be closing the final Dolby Atmos show of 2016, which has pushed the boundaries of today’s clubbing landscape by delivering a one-of-a-kind, unique sound experience. Following in the footsteps of London Elektricity, Flux Pavillion and Doorly, Steve will also be joined by ‘Hot Creations’ affiliate and Outcross Records label boss, Miguel Campell, with Denny and Ttandom in support.

Over in Room 103, US duo No Regular Play, Slope 114, Maze & Masters and Ibiza stalwarts Iggs & Biles will also be on hand to complete the Nightowl bill.