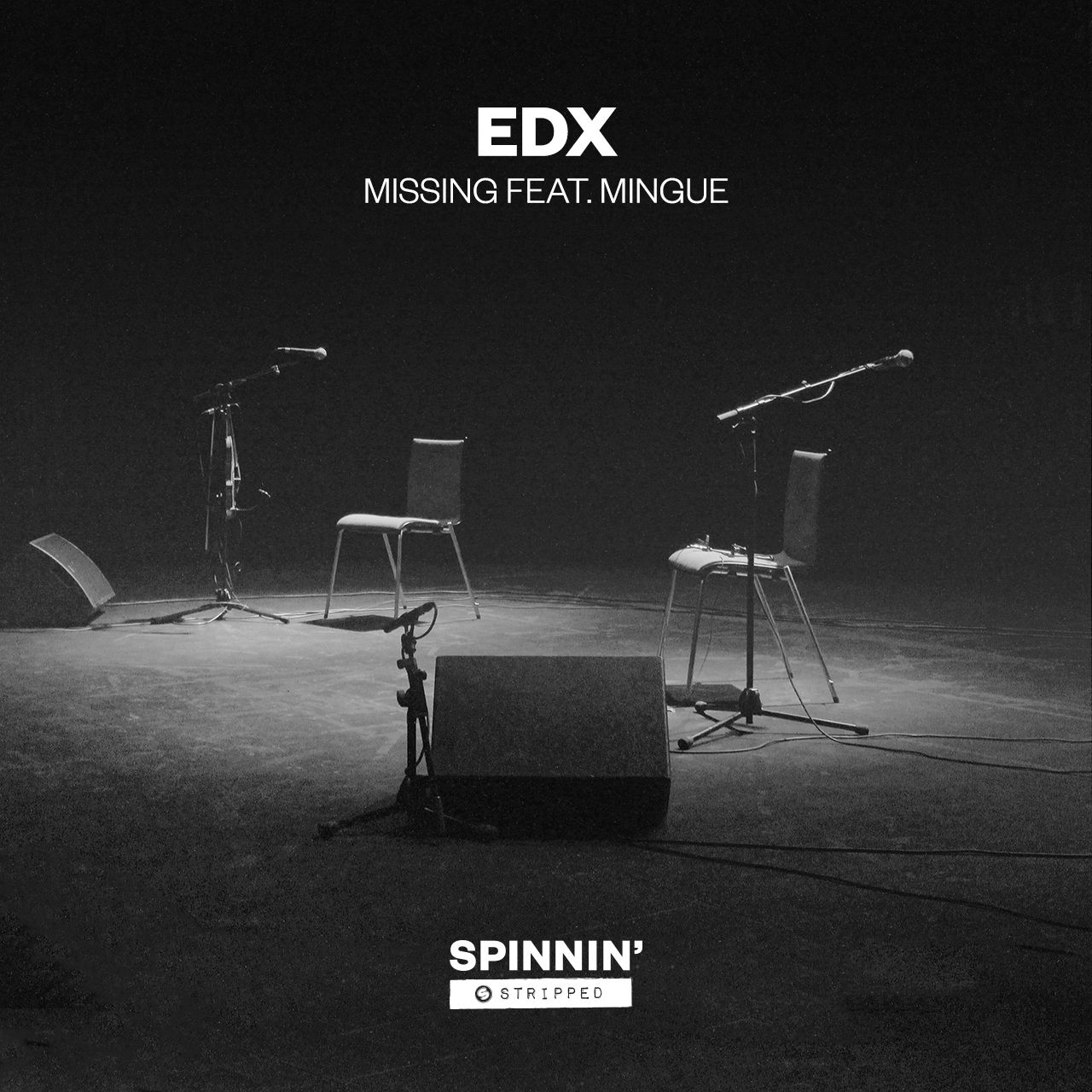 EDX’s massive 2016 hit ‘Missing’ has received the full span of attention it deserves, experiencing massive success starting with the original mix followed up by a remix compilation featuring remixes by some of the dance music’s best.  It only makes sense given the versatility and impact Dutch vocalist Mingue possesses that the track now receives the acoustic treatment.

In contrast to the original mix’s smooth, swift dance floor rhythms, the acoustic edition of the track showcases the true strength of Mingue’s vocal talent complimented by a melodic string and piano composition.  The powerful, sensual song makes its way onto Spinnin’ Stripped accompanied by a video featuring the making of the timeless acoustic track.

The #1 charting artist on tastemaker site Beatport in 2015, EDX is now also the most streamed Swiss artist on Spotify with more than 24 million plays on the platform over the past 12 months.  After tying up a massive festival season with performances at Tomorrowland, Sziget Festival, Euforia Festival, Airbeat One, Ushuaïa and Hï Ibiza, listeners will be refreshed to hear a beautiful, stripped down edition of a fan favourite.