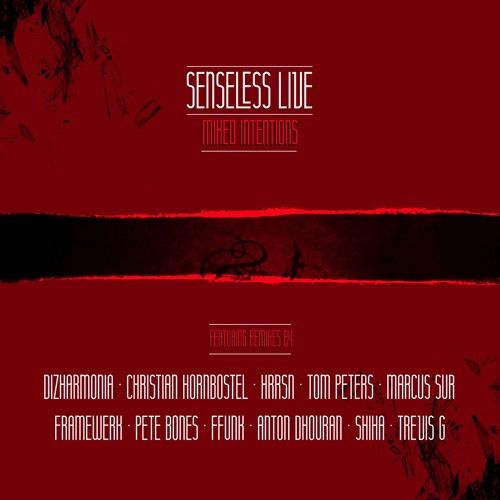 Canadian trio, Senseless Live, have been quite simply taking everyone’s breath away since they emerged as a group little more than a year ago. Comprising of members John Glassey (DJ/Producer), Kym Sykes (Singer/Songwriter) and Ron Dazo (Guitars/Keyboards) they sprang into action with their full length album, ‘Intentions’, which is testament to each of their individual, as well as, collective talents.

John, active in Deep House and Techno circles for well over a decade has released on Detroit godfather, Kevin Sanderson’s KMS label, as well as receiving support from the likes of John Acquaviva, Kevin Yost and Hernan Cattaneo. Talented vocalist, Kym, previously collaborated with fellow-Edmonton producer, Parnell Paul and has opened for acts like IO, while newest addition to the band, Ron, adds his Rock and Metal influences and can boast opening for acts such as Finger Eleven and Head of the Herd.

The resulting output from the group is a mature fusion of warm electronica, four to the floor beats and heavenly live elements, perhaps best summed up on ‘Intentions’. And so there was no shortage of volunteers desperate to play around with the original and have their mix heard on the forthcoming ‘Mixed Intentions’ release.

A mix of established and up-and-coming producers and stable mates such as Framework, Marcus Sur, Ffunk, Tom Peters and Christian Hornbostel have all produced a collage of fantastic remixes for ‘Mixed Intentions’ spanning Progressive House, Deep House, Experimental, Techno, Acid and Downtempo genres, while managing to stay true to the vibe of the original, which are fit for any occasion or mood. As a consequence, ‘Mixed Intentions’ should be an essential in any serious music-lovers’ collection and should be snapped up without delay.