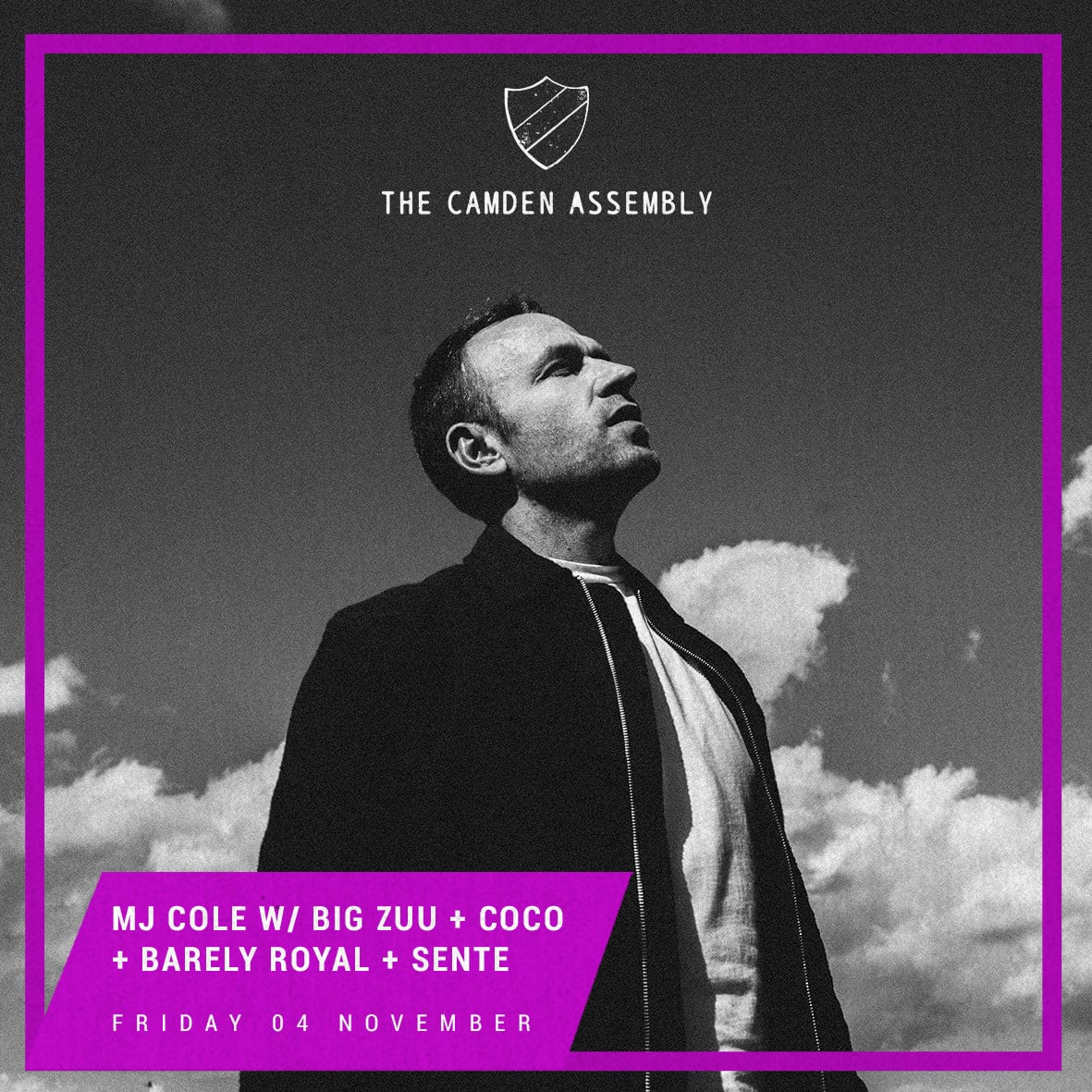 UK underground icon MJ Cole plays an intimate set at the 220 capacity Camden Assembly on November 4th, bringing with him some exciting new DJs and MCs.

MJ Cole has been a pioneering producer and DJ and an integral part of what makes UK underground music so exciting over the last 20 years. He’s collaborated with artists from Zed Bias and T Williams, to Dizzee Rascal and Wiley. Now, MJ Cole is flying the flag for a new generation of MCs, producers and DJs that are pushing the sounds shaping underground music for years to come.

In a rare intimate setting, MJ Cole plays alongside Big Zuu, Coco, Barely Royal and Sente at The Camden Assembly. Having launched in mid-September, the venue is already garnering a reputation for its strong bookings policy and impressive soundsystem. At only 220 capacity, it’s a pleasure to bring a key figure in UK dance music to this small, music-driven venue. Expect heavy UK sounds that will touch on genres from ‘97 to 2016 and beyond.