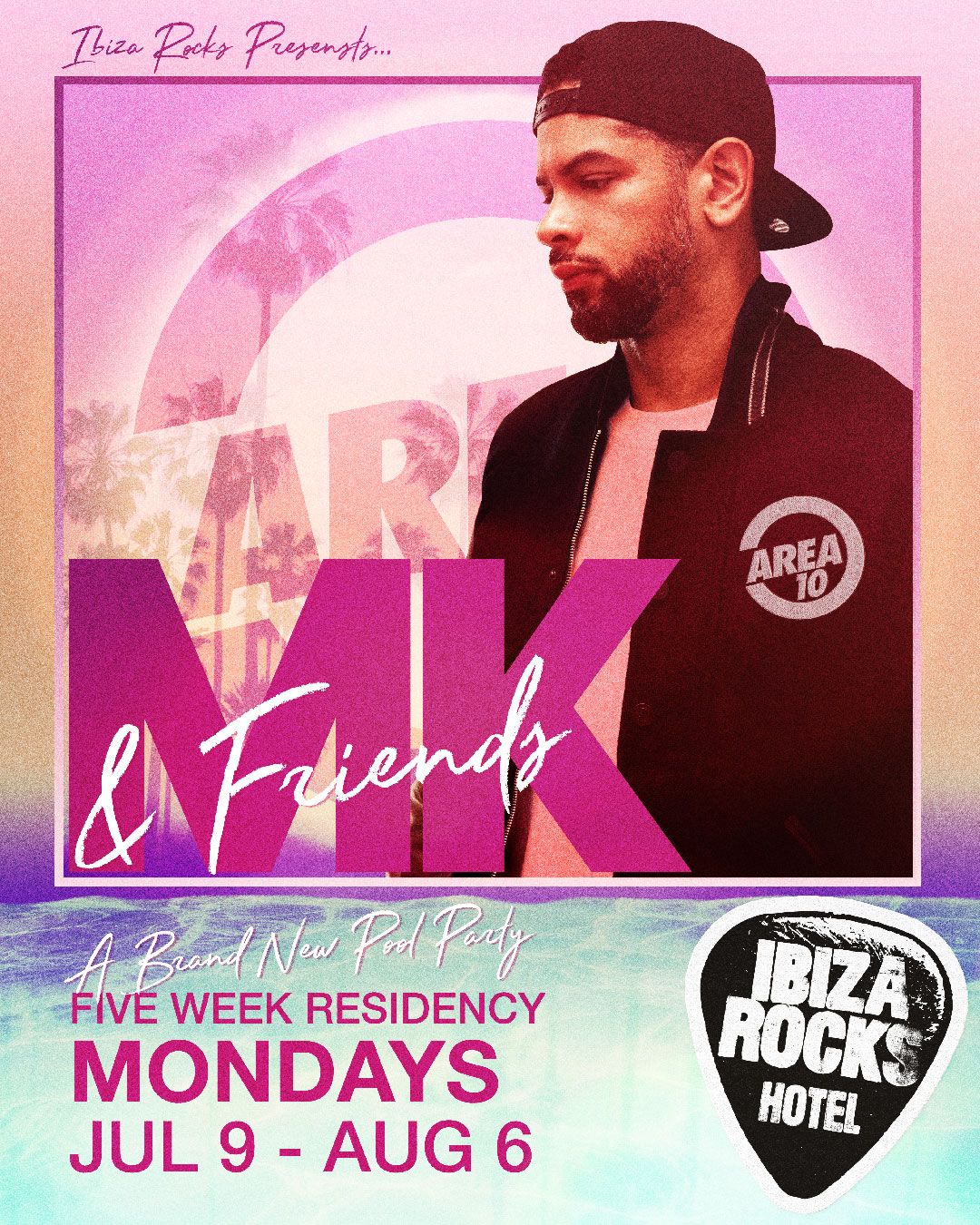 Ibiza Rocks Hotel is proud to announce another sensational pool party residency with yet another superstar of the scene.  A true house legend with deep-seated roots in his home-city Detroit, Marc Kinchen (MK) is one of the industry’s longest-serving and most widely respected producers.  MK will make Ibiza Rocks Hotel his home this summer for MK & Friends ‘Area 10’ Pool Party on Mondays for five weeks from 9th July to 6th August, exclusively at Ibiza Rocks Hotel – the home of the pool party.

Scoring global success with his most recent hit ‘17’ which topped the UK Dance chart, (amassing over 30 million Spotify streams in the process), MK has long been famed for his signature sound made up of vibrant piano-led melodies and chopped vocal cuts.

MK has remixed the likes of Rihanna, Sam Smith, Bastille and Disclosure as well as curating his Area 10 event series and performing dynamic live sets at some of the world’s biggest and most esteemed venues and festivals including Hideout Festival, Creamfields, WE ARE FSTVL, Pacha and Amnesia as part of his sell-out ‘17’ tour.  With a packed schedule ahead of him for 2018, it’s a huge coup to have this highly in-demand house music hero make his Ibiza Rocks Hotel debut for his Area 10 pool party residency this summer.

MK said: ‘Very excited to become part of the Ibiza Rocks family this year, their pool parties are where it’s at! Really looking forward to bringing my Area10 party there this summer.’

Book holiday deals direct with Ibiza Rocks for the best prices guaranteed – up to 20% cheaper than other booking agents – www.ibizarocks.com