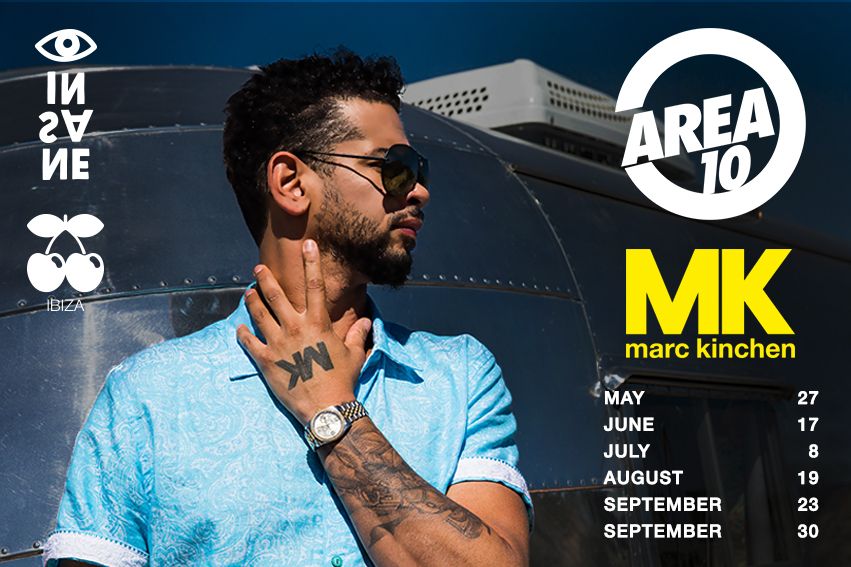 MK (Marc Kinchen), along with his record label and event brand Area10, are happy to announce their return to PACHA with six special takeovers of Pacha Ibiza’s weekly Friday night party, INSANE. This will mark the third consecutive year that MK will take on a significant role for a Summer of Pacha Ibiza.

The first Area10 night of the 2016 season will take place 27th May, which will coincide with the IMS conference and will feature very special guests. The other five Area10 nights will be held 17th June, 8th July, 19th August, and 23rd September, with MK and Area10 taking over Pacha’s Insane for one last Friday on 30th September for the closing session. MK’s Area10 guest lineups will be announced in the coming weeks and will include old time friends, new labelmates, surprise PA’s, and other summer surprises.

A legendary producer and DJ who learned his craft at the birthplace of house and techno in the hotbed of 90’s Detroit, MK draws in huge crowds across the globe, whether headlining the main stage at some of the world’s largest festivals, venues, or DJing in the comfortable and lush surroundings of the infamous Pacha Ibiza. His latest single, ‘Piece Of Me’  with Becky Hill is already heating up  and looks like a contender for a huge summer anthem in 2016. MK’s artist album will be coming later this year and if you are lucky enough to be there, you will be getting previews of it all summer long. In the last few months, MK has also released remixes for Rufus Dü Sol, Pet Shop Boys, and Tiga. His upbeat unpredictable sets are regularly peppered with his own creations and sometimes even mixed on the fly to make his sets truly unique, which  makes him a perfect host for one of Ibiza’s most famous andwell-loved go to nightspots.

His own label and event brand Area10 is looking like a welcome guest to festivals and clubs this summer, with some very special guests joining him at Pacha — watch out for a big series of lineup announcements soon to come.