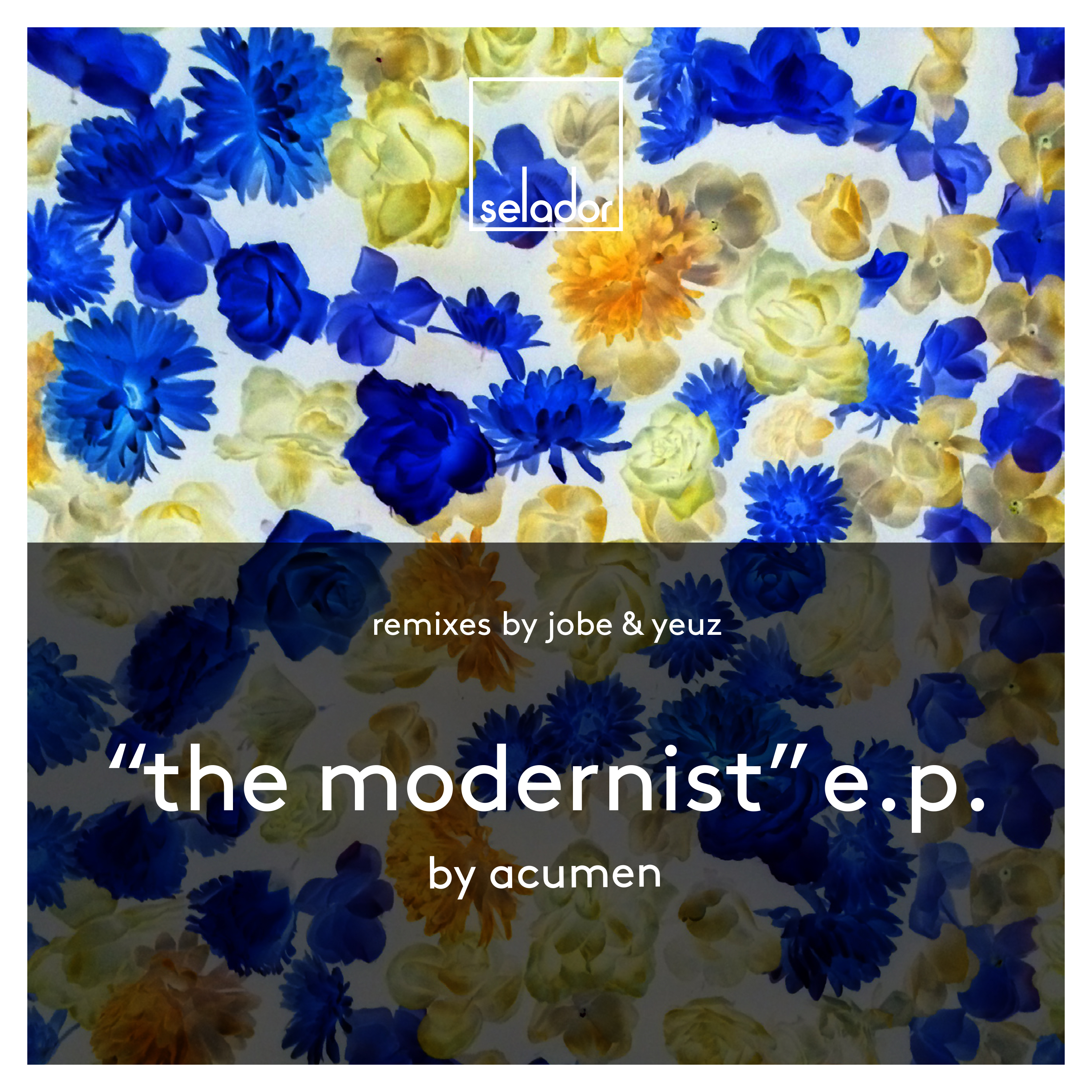 Frenchman Antoine Garcin (aka Acumen) will already be a familiar name to Selador fans following his superb ‘Instinct Primaire/ Femme Fatale’ EP last year as well as his remix for Lonya on ‘The World That Disappears’ and an appearance on our 5th Showcase Compilation with ‘Ici Ou Allieurs’. Be warned however, he’s only just getting started!

An artist who falls effortlessly into the ‘prolific’ category, his recent procession of releases for the likes of Last Night On Earth, Einmusika and Non Stop are soon to be followed by an entire album on his own Time Has Changed imprint. In the meantime though, we managed to grab ourselves another piece of the pie and accordingly present 'The Modernist' EP as our second outing of the year.

The 4 tracker consists of a brace of originals coming in two very different ‘Pre’ and ‘Post’ varieties whilst remix duties fall to the ever reliable UK producer Simon JOBE and French new boys Yeuz who we predict are both destined for 2018s to remember.

Pick yourself a winner.