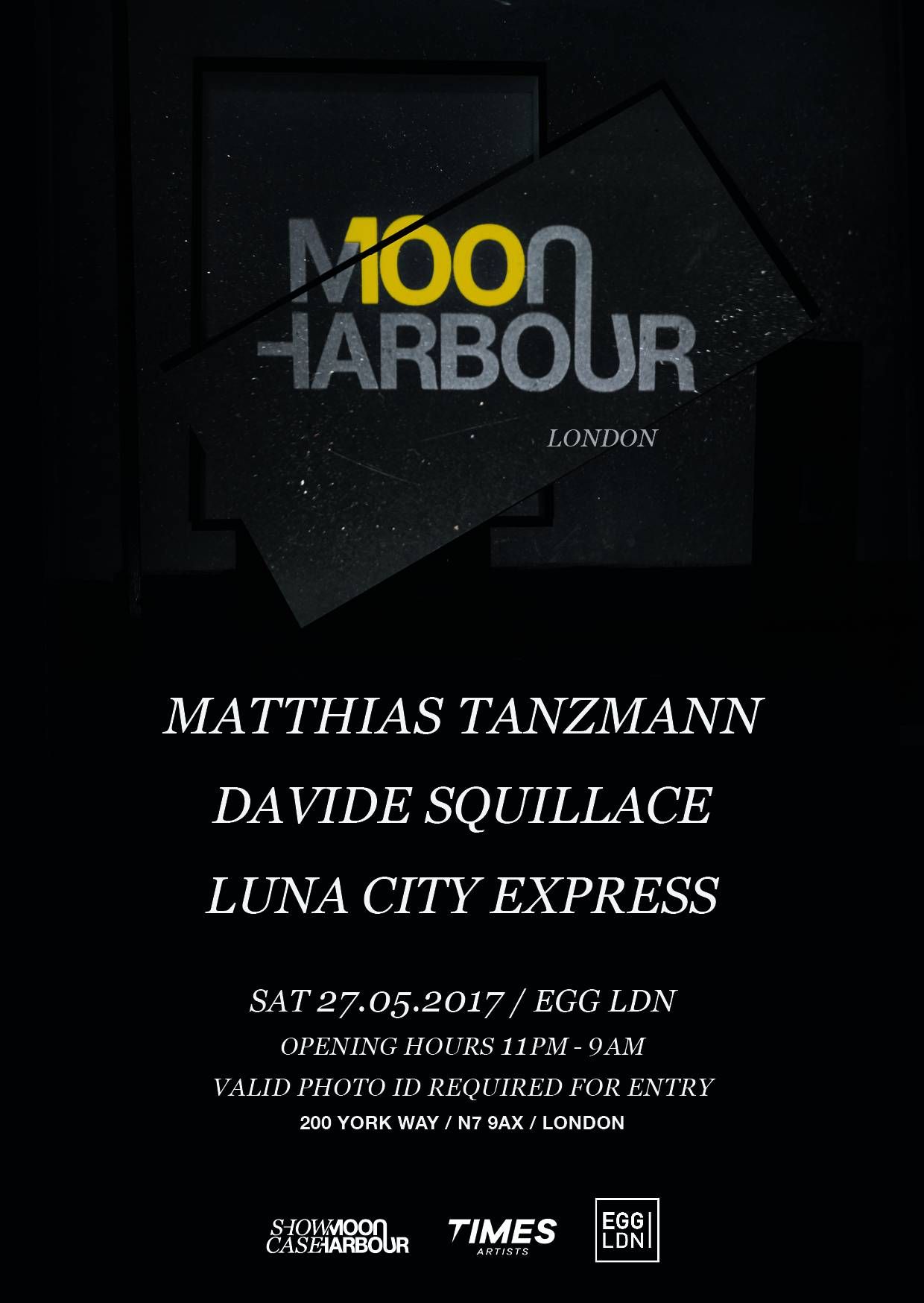 As well as being one of modern day’s most pioneering underground forces thanks to his consistently excellent stream of original music and remixes, Matthias Tanzmann is also a famously skilled DJ who 4 days before helps open Circo Loco’s 2017 season at DC10 From his recent podcast on DHL to invigorating sets at the BPM Festival, Ants and Knee Deep, Matthias’ Leipzig-based Moon Harbour label celebrates its 100th release with its ‘Various Artists EP’ featuring Dan Drastic, Luna City Express, Daniel Stefanik and the man himself. Steady yourself for some hip-lashing house and techno guaranteed to work the dancefloor.

Having notched up two decades of International touring, studio work, label curation, and virtually every other job under the dance music umbrella longstanding Circo Loco/DC10 resident and tech house titan Davide Squillace joins Tanzmann on the decks for this illustrious Moon Harbour 100th party. Together with Martin Buttrich, the trio are on fire right now for their hot Better Lost Than Stupid events and recently released their debut ‘’Dynamite’ track and Squillace and Tanzmann have also just released ‘Persuade Me’, included on Buttrich’s new album ‘Collaborator Vol 1'. Expect a signature style set from Squillace pushing the tech sound forward fired up by hot new tunes like Yousef & Harry Romero’s ‘Sloppy Kiss’  out now on his This And That label, and May 27th marks the start of a huge summer ahead including being part of the line-up for Hï Ibiza’s Opening Party as well as guesting at Hot Since 82’s Labyrinth parties in Ibiza this summer.

Ever since their debut single ‘Fresh’ sky-rocketed off as one of the main club hits of 2005 Luna City Express have laid down a blueprint of modern, contemporary House Music on labels like Enliven Music, Clap Your Hands and most prominently, Moon Harbour, home to their key releases such as ‘The Next Level’ featuring Roland Clark and ‘Magic Bazar’. With their critically acclaimed 2009 album debut ‘Hello From Planet Earth’ and their massive rework of DJ Linus' ‘Who Stole The Soul’ on 'Get Physical', LCE keep their ’wriggly big room tech house’ sound fresh with their open-minded approach to both live and studio outings.