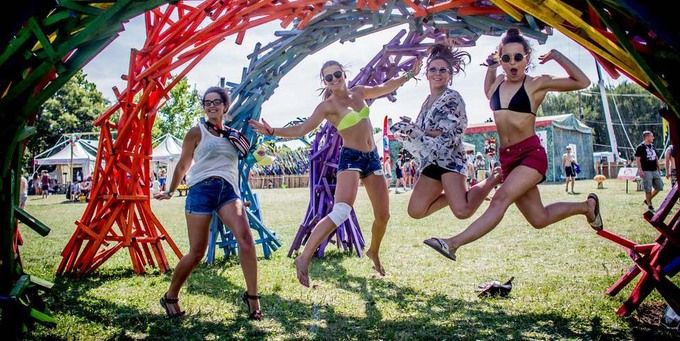 Sziget continues its series of announcements, this time with a total of 14 exciting acts. The Island of Freedom in Budapest will be happy to host Sia, Excision, Dyro, Noel Gallagher, Travis Scott and many more. The program is shaping up nicely for the week-long festival holiday, held between 10-17 August, 2016.

In addition to the already announced names (including Muse, David Guetta, The Last Shadow Puppets, Bastille) 14 new names have now been announced for Sziget 2016. The Island of Freedom is proud to host singer-songwriter Sia as well as British music scene icon Noel Gallagher. Jake Bugg will bring his indie folk tunes to Sziget, Molotov will definitely rock the place, while Travis Scott will hit the stage with his hiphop beats. Straight from Canada arrives Crystal Castles with their experimental electronic sounds as well as Excision with some dubstep. The genre mixture of Sziget is further proven by welcoming UNKLE with their live set, French singer-songwriter JAIN, Wilkinson with his live set, Norwegian singer Aurora, top Dutch DJ Dyro, Belgian electropop band Oscar and the Wolf and British electronic artists Tourist.

The music line-up is shaping up for this year's Sziget Festival, but festival visitors can also expect a huge wave of announcements coming up in the near future connected to the "soul of Sziget", including hundreds of non-musical programs happening on the island. Sziget is not only a music festival, but a place where the agenda of NGOs or contemporary dance and theatre are as important as any music acts.

The 24/7 festival opens its gates in August awaiting people from more than 90 countries. Those who are interested should hurry up as festival passes are selling quickly and upgrade campsites even quicker (e.g. the VIP Camping is already sold out). Luckily there are still a number accommodation options available here: http://szigetfestival.com/accommodation

To feel the real Sziget atmosphere watch the official aftermovie, summing up the 7 days craziness and vibe. Click here!