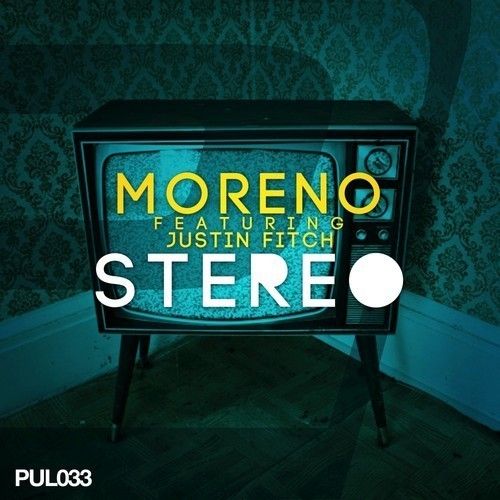 Justin Fitch – the charismatic singer who is in the Music Business since many years with several hits under his belt – has teamed with Moreno for his first Single. With his undeniable Angelic Rock voice Justin Fitch has sensationalized the hook line of ‘Stereo’ to the next level of perfection.

Additional to the Club Mix and Radio Edit there is a well-crafted remix package that includes remixes from Italy based Federico Seven and an out of this galaxy remix of 3rd Prototype whose production are currently enjoying heavy support by Hardwell. Moreno’s new single is one the most perfect blends of electronic sounds.

Hard Dubstep and stronger electro sound alternating with the distinctive hook plus a round package that EDM and commercial fans should not miss. Moreno delivers a high class production of his first single to bring new breath of fresh air into club and radio land. It will be really interesting now what he will present to us next.

As a talented producer Moreno’s main goal is to work with the most famous artists from vocalist to musicians. He has produced various new tracks that will be released in the nearest future…so keep your ears wide open! ;-)  The preparations for a high class video clip in Los Angeles are already in full swing. The first promotional video clips are already launched on www.PulsiveMedia.tv.

From now on you can listen into all mixes of that release and for a short time download one mix for free! So visit the Soundcloud: http://bit.ly/1nufeuj