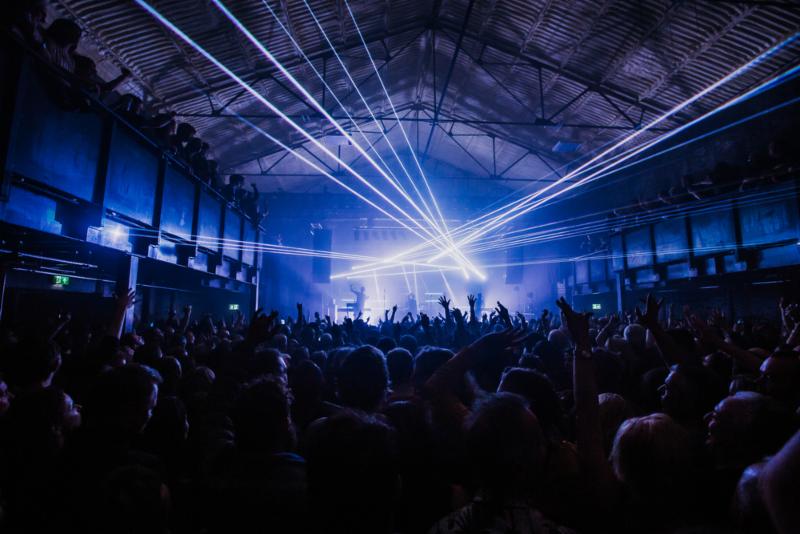 As another acclaimed year comes to a close in which the club has been nominated for two DJ Mag Best Of British Awards, Motion surge into 2019 with an astonishing selection of shows.

Once again, Motion secure an array of house and techno's most exciting names in the first few months of the year, as 17 Steps bosses Dusky lead a star-studded bill of essential selectors on Saturday 19th January. Joined by Kornél Kovács, Matrixxman, Brame & Hamo, Jess Farley, Feel My Bicep wonderkid Hammer [All Night Long] in the Tunnel and legendary special guest Robert Hood, the show marks the duo's highly-anticipated return to Bristol. After unleashing his 'Looking For Trouble' tour across much of Europe, Mall Grab finally treats Bristol to a piece of the action on Saturday 26th January and, with his previous show last February selling out well in advance, this one should go the same way. Just Jack are notorious for putting on parties like no-one else and the bill on Saturday 2nd February surely ranks as one of their best ever, when Detroit techno pioneers Underground Resistance are joined by Marcel Dettmann, Gerd Janson, Octo Octa and more in a must-see event for any dance music fan. Alan Fitzpatrick's We Are The Brave imprint has gone from strength to strength since its inception and his parties have rightfully gained a reputation for being some of the best in dance music. Bristol can judge for itself as he takes over Motion on Saturday 9th February. The same goes for Solid Grooves, purveyors of only the finest house and techno, and they'll bring a tantalising, TBA lineup to reflect that onFriday 8th March. Cirque Du Soul stops off in a different city each month and, on Wednesday 30th January, it's the turn of Fisher and Weaver Bros to keep the circus bouncing long into the night. Rapidly carving out a name as one of the most sought after DJs in house music, Sonny Fodera touches down with his SOLOTOKO imprint in Bristol for the first time on Saturday 23rd March and it's bound to be a remarkable introduction alongside Latmun, Second City, Eli Brown and Saffron Stone.

An integral part of Bristol's sound, 2019 finds Motion continuing its love affair with all corners of bass music and inviting a range of beloved favourites and newer blood to the city. One of bassline's most sought-after names, Holy Goof assembles a three room takeover for his 'Globes' tour on Friday 25th January, featuring Friction & Linguistics and Notion while Problem Central, DJ Hype and General Levy lock down The Marble Factory. The genre-spanning sets of Skepsis have been highly regarded for some time and he leads an all star supporting cast on Friday 1st March, including DJ Q, Caspa and Kanine, while another Motion regular, RUN, returns on Friday 8th February after selling out every show in 2018. Noisia [DJ set], DJ Hazard and more crank up the bpm in Room One as Randall, Brockie & Det and Benny Page lock down Room Two as part of RUN In The Jungle, exclusively debuting in Bristol. There's no question that Andy C is one of the greatest drum and bass pioneers of all time, selling out shows around the world and most recently at Wembley Arena, his biggest event to date. He returns to Motion for a two hour set with a monumental lineup in tow, including Dimension, Darkzy, Bassboy and Sir Spyro & P Money across all three rooms on Saturday 23rd February. On Saturday 9th March, Hospitality let Camo & Krooked [DJ set], Kings Of The Rollers and London Elektricity loose to keep those hips swaying and pulses racing.

Consistently pushing the envelope for showcasing fascinating talent, Motion continues to lock in artists that defy genre. Nobody fuses dance music and classical compositions quite like Jon Hopkins, who brings his critically acclaimed live show to The Marble Factory on Saturday 2nd March. Coupled with the venue's lighting rig and blistering production, there's no better place to be immersed within Hopkins' thunderous yet beautiful world. Few names are as recognisable in trance music as Paul Van Dyk and he'll undoubtedly be demonstrating to Motion why he became one of the genre's first superstar DJs. Having sold over three million records worldwide and consistently revered for a jaw-dropping live show, he's flanked by collaborators Alex M.O.R.P.H. and Jordan Suckley to give fans a taste of latest album, Music Rescues Me, in breathtaking style. Omar Souleyman's story from Syrian wedding singer to Bjork and Four Tet collaborator is the stuff of legend, and his live show is just as compelling. He shares his vibrant instrumentals and odes to his homeland on Thursday 31st January, surely proving why he's revered across the globe.