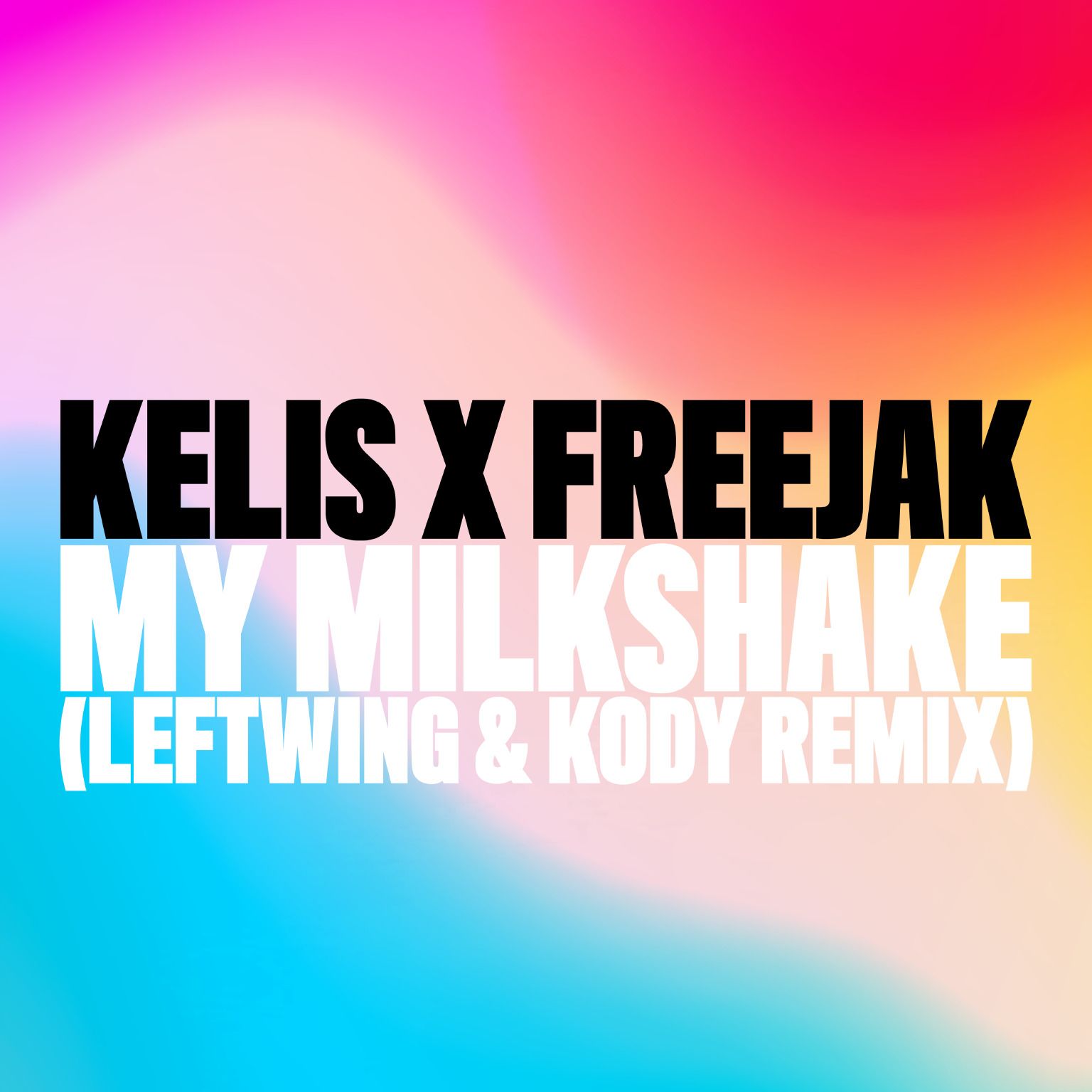 Acclaimed UK house duo Leftwing & Kody deliver a fantastic reworking of Kelis x Freejak ‘My Milkshake’, live across all DSPs on 17 August on Pitched Up / Columbia.

With ‘My Milkshake’ currently at No.2 in the Music Week Club Chart and featuring in the European Championship TV highlights, Leftwing & Kody take it to the next level with their punchy bass driven remix which is already winning praise from such major DJs and tastemakers as Danny Howard and Solardo.

As Leftwing & Kody say: "We've been wanting to use this vocal for some time, so this year decided to make a bootleg for us and our friends to play this summer, little did we know that it would get a brand new vocal from Kelis on it and a full legit release, big up Sony and Freejak."

Featuring brand new vocals specially recorded by Kelis herself, brilliantly deployed alongside Freejak’s renowned twisted house and bass-infused production, ‘My Milkshake’ is perfect for Summer 2018, bringing all the boy (& girls!) to the yard!

Since forming six years ago, Leftwing & Kody have established themselves as one of the UK’s most exciting duos. From the immediate accolades supplied by both Mixmag and DJ Mag naming them as “ones to watch” in 2013, to a nomination for the ‘Best Breakthrough DJ’ in the DJ Mag Best Of British Awards, success has been consistent across all fronts.

The consistent support for their own productions has seen the pair booked to play prestigious venues and events all over the world, including Fabric and Ministry of Sound in London, Sankeys and The Warehouse Project in Manchester, Mint Club in Leeds, Sankeys and Privilege in Ibiza, Air in Amsterdam, Watergate in Berlin, Chinese Laundry in Sydney, and festivals including Beat Herder, Mystic Garden and Forbidden Forest.

UK-based Producer Freejak has impressed some of the biggest names in dance music in just a short space of time, with support from Tiesto, Fatboy Slim, Oliver Heldens, Diplo, Martin Garrix, David Guetta, Nervo, MistaJam, DJ Target and many more. Freejak’s releases include ‘Somebody To Love’ with Mr. Belt and Wezol on Spinnin’ Deep which reached No.1 in the Beatport House Chart and spent six weeks in the Top 3 of the Beatport Top 100.

Freejak is also a highly respected remixer whose credits include reworks for Perfecto Allstarz (‘Reach Up’), Craig David & Sigala (‘Ain’t Giving Up’), Xpansions (‘Move Your Body’), Ryan Blyth (‘Show Me’), Tom Zanetti (‘More And More’), Lost Frequencies (‘Are You With Me’), and Wu Tang Clan (‘Gravel Pit’).