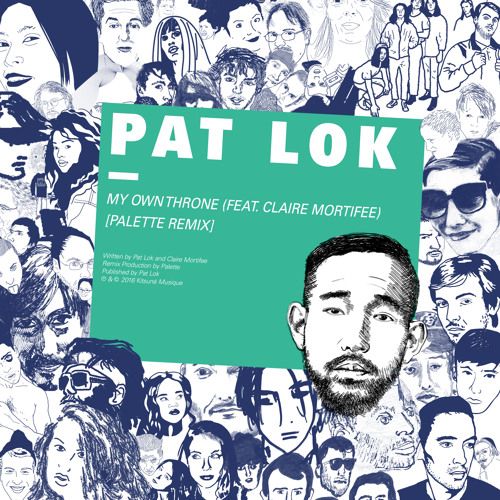 Check out this brand new Pat Lok ‘My Own Throne’ remix by Palette, taken from Pat Lok’s EP of the same title. Fusing soul and rnb vibes with a love of classic house jams, Pat Lok has become a staple in the playlists of tastemakers worldwide. Previous releases ‘You Street’, ‘Your Lips’ and numerous remixes have received critical acclaim, racking up thousands of plays and consistently topping Hype Machine.

Recently supported by Spotify’s New Music Friday and BBC Radio 1, the Vancouver-based producer has been featured by The Fader, Majestic Casual, Victoria’s Secret, and in The Magician’s Magic Tape series.