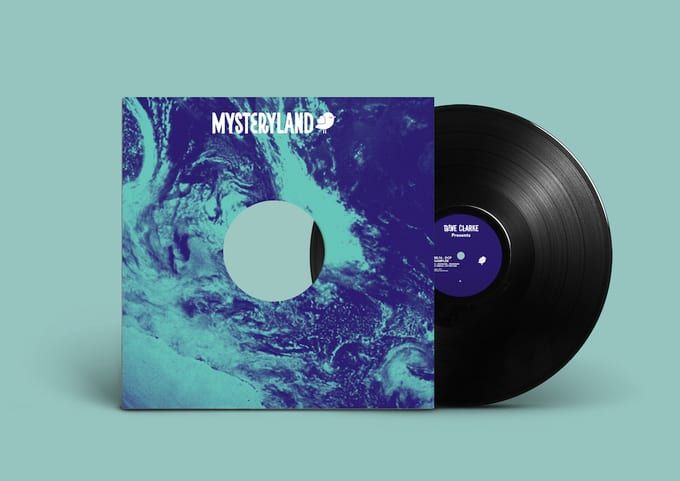 In collaboration with Dave Clarke Presents, Mysteryland releases an exclusive vinyl sampler today. After their first release together with Delsin Records and Studio 80 in 2015, Mysteryland continues to highlight artists playing on the iconic festival with another collector’s item. The sampler showcases artists playing on Sunday August 28th at Dave Clarke’s hosted stage ‘Dave Clarke Presents’ and features tracks from Unsubscribe, Rebekah, Gary Beck, and Joran van Pol. The EP is limited to 300 copies and won’t be for sale. However, true vinyl freaks have the chance to win a copy via exclusive giveaways featured on Mysteryland’s socials.

The transition from stage to vinyl
The A-side spans from the darkest techno soundscapes with an industrial acid flare delivered by Unsubscribe more commonly referred to as Dave Clarke and Jonas Uittenbosch aka Mr. Jones, to a proper hard-hitting techno masterpiece ‘Last Time I Died’ by Rebekah. On the flipside, you will discover two previously unreleased tracks from Gary Beck and Amsterdam’s very own Joran van Pol. Alongside Dave Clarke, joining him this year will be Detroit Love: Carl Craig & Stacey Pullen, Gary Beck, Green Velvet, Joran van Pol, Rebekah, Surgeon & Lady Starlight (LIVE).

The Culture & Arts program of Mysteryland this year is also world class, with many leading international artists creating installations for the festival. The Mainstage is designed by American Kate Raudenbush, who is best known for her work at Burning Man Festival. As a gesture to all residents of the city of Haarlemmermeer, artist duo ATM creates a lasting work of art from recycled wood beneath the infamous pyramid. The collective WERC will be at the foot of the imposing pyramid with a light installation on the water where all luminous elements can move independently.

Tickets are available through http://tickets.mysteryland.nl.

About Mysteryland
Mysteryland began in 1993 and is the longest running dance festival in the world. The festival focuses on electronic music, art, culture, talent, and sustainability. Mysteryland has been awarded by Julie's Bicycle with a “3 Stars Green Industry Certificate” which is the highest designation for sustainability within the creative arts, music, and theater industries. The festival is rated three stars by A Greener Festival Award. This year, Mysteryland is celebrating a multi-day edition for the second time in the former Floriade Terrain in Haarlemmermeer. Extended international editions of Mysteryland take place at the foot of the Andes in Chile, and the legendary Woodstock '69 site of Bethel Woods in New York, USA. Mysteryland is a concept of ID&T. For more information and ticket sales visit www.mysteryland.com.