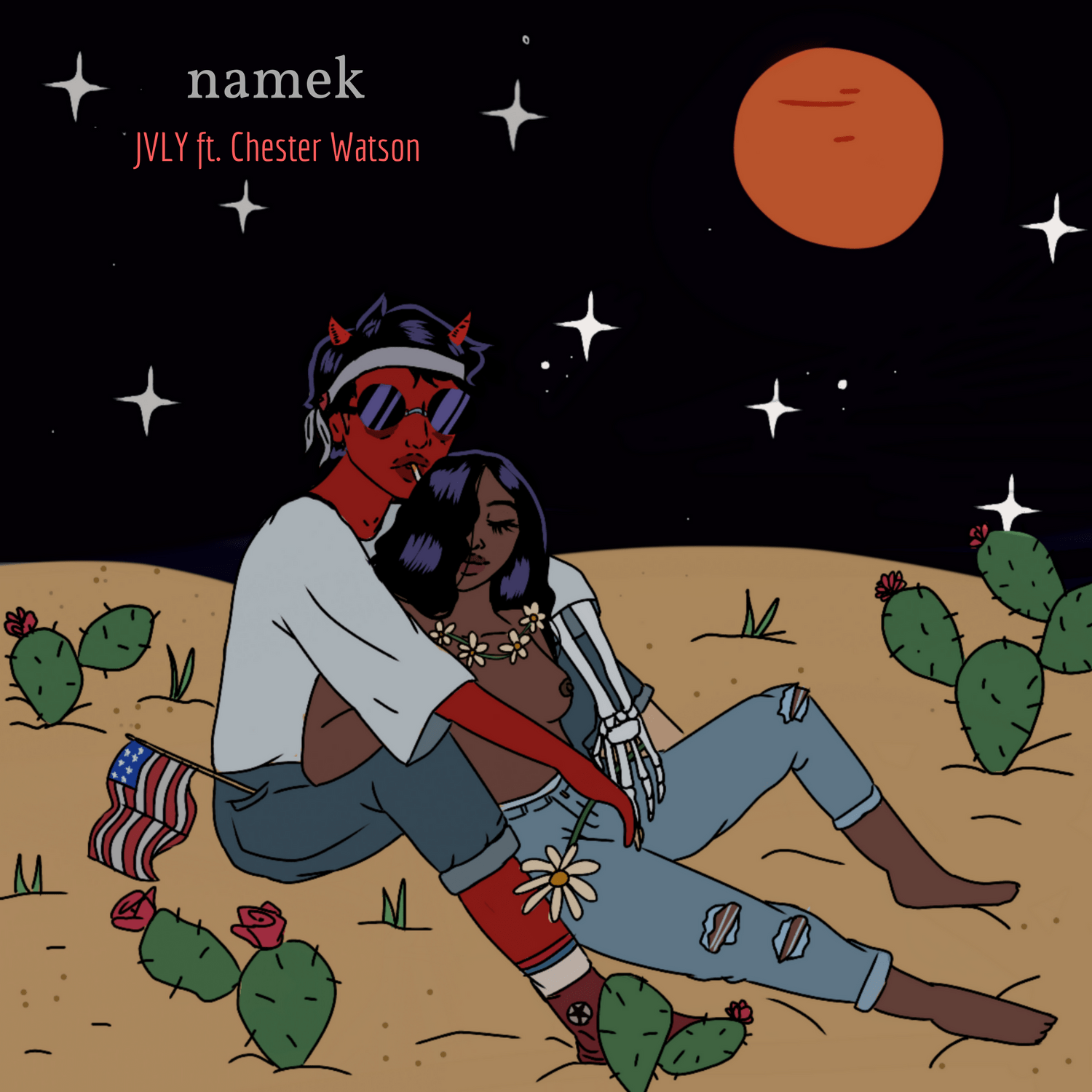 Newcastle artist JVLY has enlisted the vocal chops of American rapper Chester Watson to bring you a track that is groovy and gorgeously unusual.

The two linked up over the Internet, and originally JVLY had only sent Watson a beat and a rough idea of the concept.

“We went back and forth for a while and not too long after, he sent me his part and it was exactly what I was hoping for. It’s just cool how we can link up with people on the other side of the world and make stuff,” JVLY said.

Inspired by Tyler the Creator’s 2017 album ‘Flower Boy’, and having just listened to the track ‘Garden Shed’, it was the lyrics “you don’t have to hide” which caught JVLY’s attention.

“I was super keen to sample it, so pretty much straight away I went and chopped that up and started building around it,” he said.

What started off as something really fun turned into an experimental work of instrumental colour.

“I was fiddling around with synths trying to create a dreamy and psychedelic sort of soundscape when I started to like it more and more as it progressed,” he said.

Chester Watson’s wizardry was called upon by JVLY as the track began to take shape. The introspection, writing prowess and delivery are nothing short of genius on ‘Namek’.

This is a song about connecting with someone on a genuine level, and what these two have created is a soundtrack that paints a vivid picture of that story.

Adding the final touches of JVLY’s vocals, guitars and a little bit of restructuring, you are left with a track that flows effortless between melody and lyrics.

‘Namek’ is available everywhere now including Spotify & Apple Music, and stay tuned for his forthcoming debut ep that he has planned for an early 2018 release.