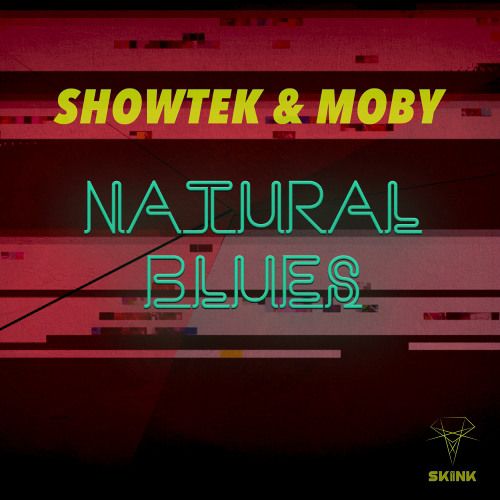 While it’s been almost two decades since Moby’s ‘Natural Blues’ conquered the world of dance music, it’s safe to say the record hasn’t lost any of its allure. And now, for everyone who might have accidentally forgotten just how brilliant the Grammy-nominated song is, none other than Dutch duo Showtek teamed up with Moby for a brand-new take on the 1999 classic. Released on Showtek’s own Skink imprint, ‘Natural Blues’ is back to wow us all once more.

Bridging the gap between its creators’ respective styles, this remarkably exciting rendition of ‘Natural Blues’ goes right into club mode without losing sight of its origins, blending the original’s iconic vocal partitions with well-crafted builds and drops that are sure to give today’s festival-ready crowd exactly what they want. Ready to hit the dance floor and the airwaves alike, this link-up between one of the most well-respected dance music duos and the legendary act should have no trouble winning over the hearts of pretty much every electronic music fan.

Showtek: “We are honored to work with the iconic Moby. The original version is one of our favorite songs, so when Moby and his team approached us to re-produce the original, we got very excited!”

Consisting of Sjoerd and Wouter Janssen, Showtek are without doubt among the most successful DJ and producer duos of the moment. After notching up hundreds of millions of streams through global hit singles such as ‘Bad’, ‘Sun Goes Down’ (both with David Guetta) and ‘Booyah’, the Dutchmen upped the ante with ‘Believer’ in the second half of 2016, a collaboration with globally acclaimed hit machine Major Lazer. Adding to their streak of success with various notable chart positions (e.g. in Billboard’s Hot Dance/Electronic Songs Chart and the official Dutch Top 40 chart) and over 75 million streams across the most popular streaming services, it led the way for even more infectious releases to come, of which this new rendition of ‘Natural Blues’ is a sterling example.

Born Richard Melville Hall, Moby has got to be one of electronic music’s most well-known and respected acts. Selling over 20 million records worldwide, the American DJ, producer and singer-songwriter first turned heads with ‘Go’ (1991 – listed as one of the best records of all times by leading music magazine Rolling Stone) and went on to wow entire generations of dance music enthusiasts with not only productions and remixes for the likes of David Bowie, Daft Punk, David Bowie, Guns N’ Roses, Metallica, Public Enemy and The Beastie Boys, but also with the more than three-thousand concerts spanning his multi-decade career. All of this proves just how timeless Moby’s music is and it shines through once more via this revamp of ‘Natural Blues’.