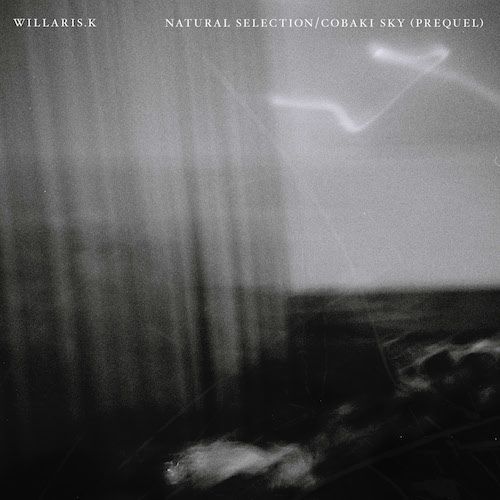 His latest release, a double A-side made up of ‘Natural Selection’ and ‘Cobaki Sky (Prequel)’ cementsWillaris’ reputation as a producer of the highest order.

Made up of the slick progressive ‘Cobaki Sky’, inspired by his home-town on Australia’s Tweed Heads, Willaris. K uses a range of wistful loops and melancholic chord patterns to steep his track in deep emotion. The release is of stark contrast to the rhythmic plucks of ‘Natural Selection’, a more atmospheric and club-focused production.

Famed for his hypnotic and bass-driven soundscapes, Willaris. K is best known for seamlessly weaving together futuristic textures to create his unique signature sound. A qualified electrician, Willaris samples most of his ambient sounds while on the job monitoring the power grid on the New South Wales/Queensland border.

Amassing widespread support on his debut Alchemy EP, a 7-track production that explores themes of transience, movement, darkness and currents, the producer has previously scored success with ‘Dour Nights’ – which was named Pete Tong’s ‘Essential New Tune’. Alongside the EP, Willaris. K curated the‘Alchemy Exhibition’ where he collaborated with videographer Yeoseop Yoon for a series of stills and installations. The exhibition was showcased in Melbourne and Sydney.

Willaris. K made his debut at this year’s Coachella Music & Arts Festival and recently completed his sold-out Australia headline tour to critical acclaim. The emerging producer also recently played a number of shows in Europe, including Watergate Berlin, as well as making his UK festival debut at Forbidden Fruit Festival alongside the likes of Bonobo, Floating Points and Bicep.

His double A-side, ‘Natural Selection’ and ‘Cobaki Sky (Prequel)’, is out now.