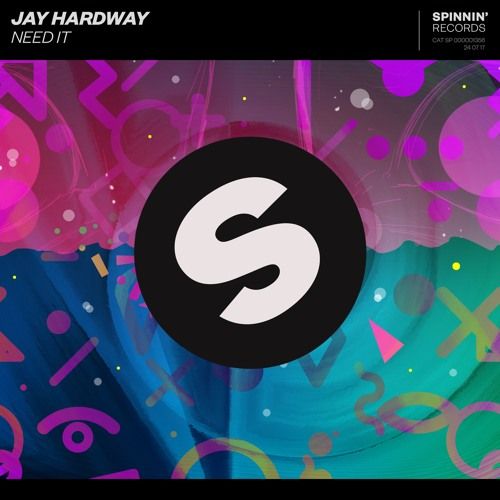 This summer Jay Hardway is set to build on his recent solo successes with his latest track, Need It. Just last year, Jay Hardway entered the legendary DJ Mag Top 100 DJs poll for the first time, and his most recent track Golden Pineapple hit #1 in Beatport’s Future House chart. Two years in the making Need It now steers long-time Martin Garrix collaborator Jay Hardway into a more retro sphere than before, where we’re all ready for him.

Need It has already seen support from the likes of David Guetta, Tiësto & Dannic, Afrojack, Martin Garrix, Max Vangeli and Don Diablo, and is the product of over two years worth of work.

“I've been working on this track on and off for about 2 years. After multiple versions, I decided to stick with this version with a retro feel to it. The melody has always been the main part of the project, but I needed something to build up to it. So, I decided to work with friends and songwriters Dennis Baffoe, Rupert Blackman and Tim Boomsma, who immediately felt the song and had a good idea about what energy the vocals should have. I'm really proud of the end result and the track is always a very special moment during my sets.” ­– JAY HARDWAY

This Amsterdam-based DJ is becoming an international force, having played at some of the world’s most respected clubs and festivals including Tomorrowland, EDC New York, Hakkasan Las Vegas, Pacha NYC, and a residency at Temple in San Fransisco. After a huge tour in Asia at the start of the year, Jay Hardway has locked in another string of dates there, as well as four tours of the US. With a tour schedule this impressive, the future is looking strong for Jay Hardway.

Jay Hardway Need It is out now via Spinnin’