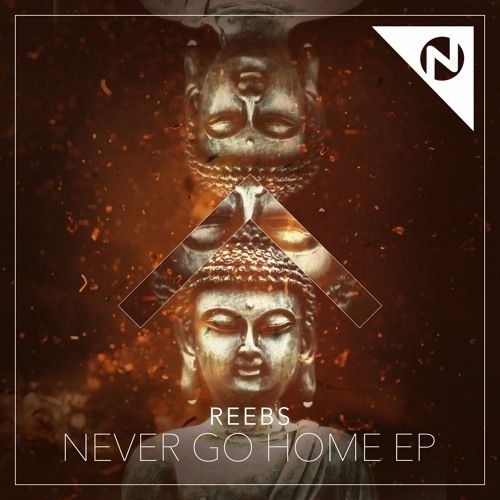 Italian duo, Reebs have been on a fast rise to stardom since their formation in the summer of 2012. After a host of releases since 2014, the duo has garnered support from the likes of Tommy Trash, Blasterjaxx, Ummet Ozcan and Dyro, to name a few. Their 2015 collaborative effort with Haxon & Rush 'We Are The Fire' ft. Becko, was the song of Nameless Music Festival 2015's Official Aftermovie (Below).

Now, the Italian stars return with their stellar EP, 'Never Go Home'. A melodic pop-house masterpiece for the A-side, and a monster trap anthem for the B-side, Reebs' new EP has a sound for everyone. Yet another fantastic addition to the Nameless roster, a label fast becoming recognised as one of Italy's most diverse representatives of homegrown talent, Reebs' 'Never Go Home' EP is available to purchase now via all digital retail platforms.

Kicking off the EP is the title-track, 'Never Go Home'. A tropical house triumph, the track features oriental guitars and fluttering flute melodies. The addition of an incredibly infectious topline from Nomi sets the record off perfectly, reaffirming its place as a summer playlist-must destined for beaches across the globe. The B-side collaboration with SLVR, 'Thaanam' is a dark and energy fuelled trap masterpiece. Using affected vocals as a percussive element, the track kicks off with an intense build, before finally allowing the listeners a momentous drop with huge bass stabs and electrifying wiry synth melodies. A stark contrast to the pop-friendly, beach-ready A-side, 'Thaanam' is the perfect dark counterpart, resulting in a truly unique and exciting EP.

Since 2014, the duo have created an impressive portfolio of both remixes and original material alike, gaining the production duo attention from fans and some of the worlds top DJs. Having consistently released new material since 2016 began and having played the mainstage this year at Nameless Music Festival, Italy's #1 dance festival, has ensured Reebs' place at the forefront of electronic music throughout Italy. Now with their signing to Nameless Records, and the release of their 'Never Go Home' EP, Reebs are set to take the international dance music world by storm.