Next wave of acts for EXIT Festival 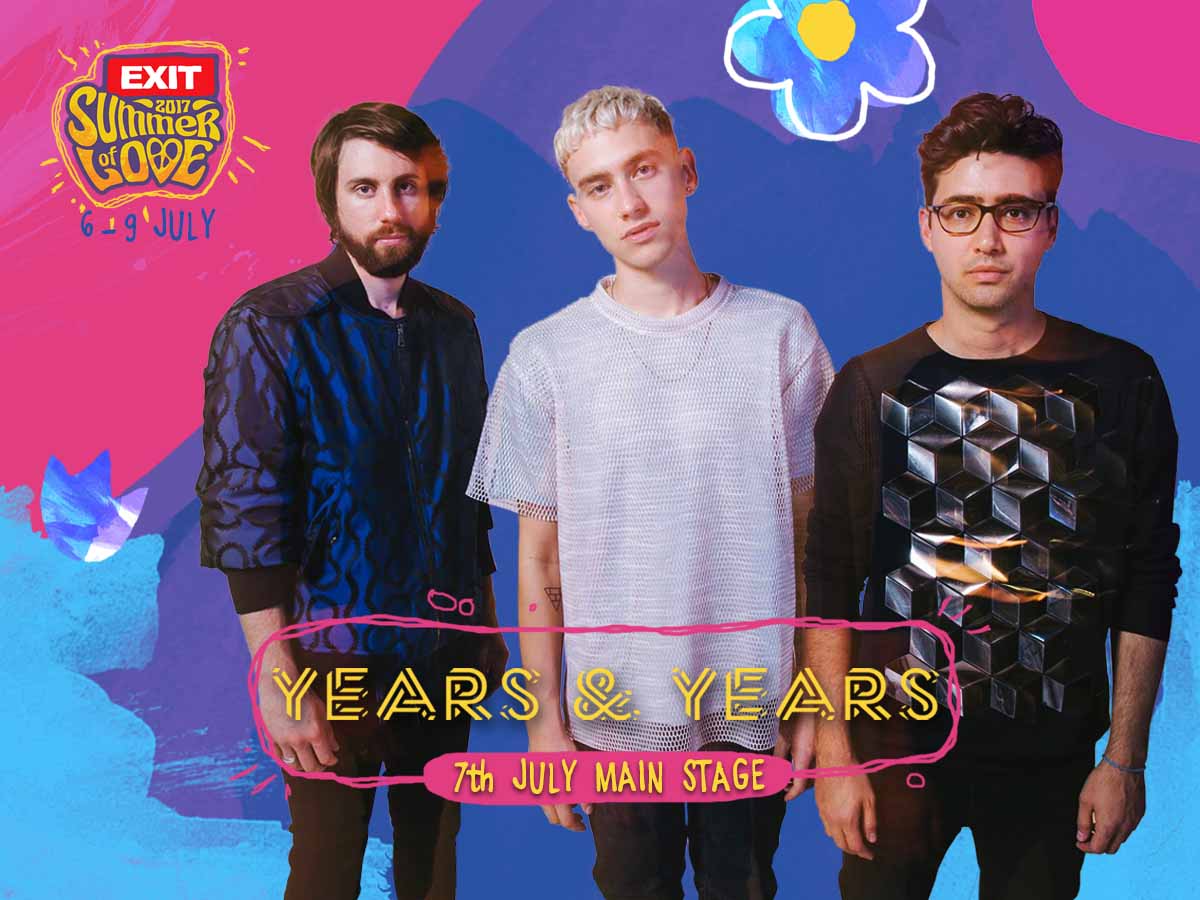 Next wave of acts for EXIT Festival

The British hit trio Years & Years have just confirmed that they will perform on EXIT’s main stage on Friday, July 7th! Hits of this band have been all over the world’s radio stations in the last few years, with several receiving constant daily play, with "King", "Shine", "Desire", "Take Shelter", "Eyes Shut", "Worship" and others leading the fray. Up until another EXIT star, Rag’N’Bone Man, took over with “Human”, the “Communion” album by Years & Years was the fastest selling debut album of this decade, and also the first on the British album top list! After having already enchanted audiences at Glasto, Coachella, Lollapalooza and other leading festivals of the world, they are arriving to EXIT bringing new songs written in collaboration with the electro-pop icons, Pet Shop Boys. Another hit-master is coming to the fortress, in the form of Lost Frequencies! After blowing away the crowd at Sea Dance last July, he is bringing several new hits, including “Beautiful Life” and the new version of the 90s cult hit “What is Love”! Main stage will reach boiling point this year, as the Duch bass superstars,** Noisia**, are bringing their live show, eponymous to their “Outer Edges” album. Whoever had the opportunity to watch this visual spectacle will tell you only one thing: train hard!

The Fusion stage is also getting filled – alongside the cult punks The Damned new act confirmed for one of the favourite stages at EXIT is a real princess– not from a fairytale though, but from New York ghetto! Straight from Spanish Harlem, Princess Nokia is coming to the fortress with hit songs “Kitana” and “Tomboy”. Princess Nokia is the alter ego collective by Destiny Ortiz, rapper whose skills came to the fore when she was joined by Chris "Owwwls" Lara, famous for the production of Azealia Banks.

This year connects four regional festival in a unique EXIT Summer of Love 2017. First in line is Sea Star which is held on May 26th and 27th in Umag, followed by the Revolution Festival in Timisoara, on June 2nd and 3rd, and right after the EXIT Festival, held between July 5th and 9th, the fourth edition of the Sea Dance Festival is waiting, from July 13th to 15th!

About EXIT
Started as a youth freedom movement in 2000 that brought down the oppressive regime of Slobodan Milosevic, EXIT has since grown into one of the leading festivals in the world with previous bookings that include Red Hot Chili Peppers, Madonna, Depeche Mode, Robbie Williams, Guns'n'Roses, Arctic Monkeys, The Prodigy and Motorhead to name but a few. As the only contemporary music festival that started from social activism, EXIT will mark the 50 years since the original 1967's Summer of Love and remind its fans of peace movement of the 60's, conveying the messages which in today’s world are needed more than ever.