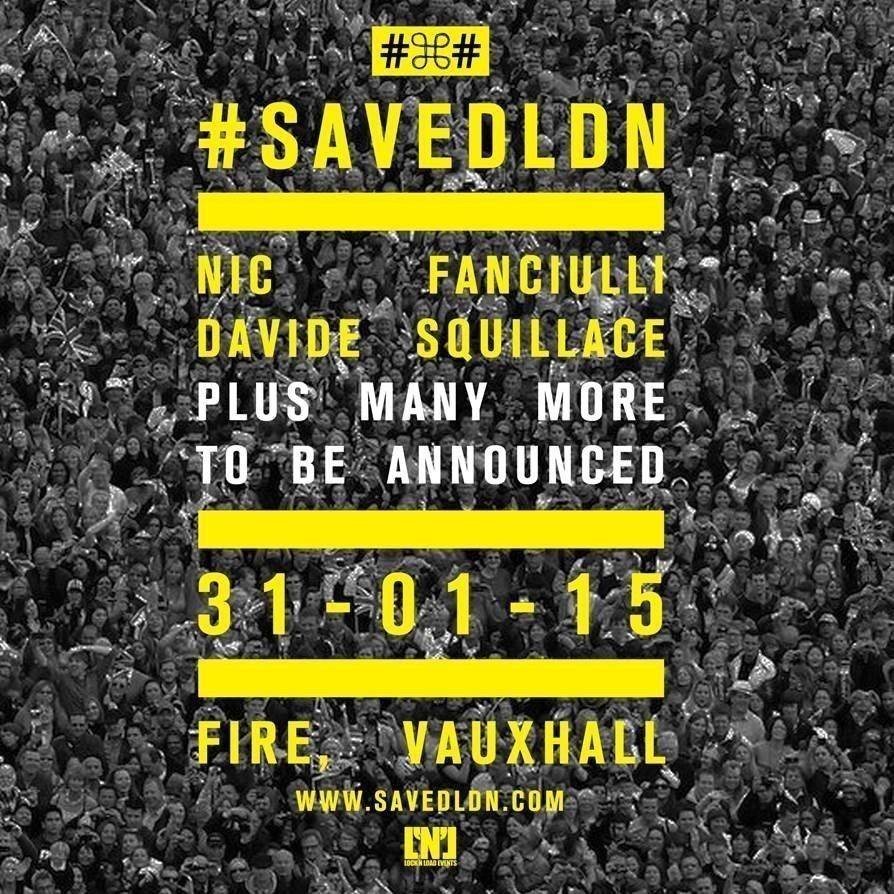 On Saturday 31st January, Saved Records will arrive in London for their first showcase of 2015. Taking place at Fire for the first time, label boss Nic Fanciulli will lead the way in a multi-room takeover of one of the Capital’s favourite venues. With many of the imprint’s leading artists still to be announced for this all-night session of house and techno, we can reveal that the first act joining Nic on the night is none other than Davide Squillace.

As the driving force behind the Saved movement, Grammy-nominated producer and international DJ Nic Fanciulli has proven himself as one of the UK’s greatest ever electronic exports. Having developed a unique take on house and techno, Nic is globally recognised as one of the world’s greatest underground DJs. On top of his demanding touring and studio schedule, 2014 has seen Nic take things a to a whole new level with the launch of his La Familia residency alongside Joris Voorn at Ushuaia Ibiza and the second instalment of his hometown festival, The Social.

The first act to join Saved’s first party of the year is Davide Squillace who heads to Fire for a rare London performance. The past twelve months have seen Davide cement his position as one of the scenes most respected figures with dancefloor destroying performances at many of Ibiza’s leading discotheques including Amnesia, DC10 (for Circo Loco) and Space (for Carl Cox). In addition to this Davide also took his techno collective Better Lost Than Stupid (alongside Matthiaz Tanzmann and Martin Buttrich) on the road this summer with standout festival performances at South West Four, Tomorrowland and Exit. His signature sets, revered by the masses and peers alike, have become the stuff of legend.