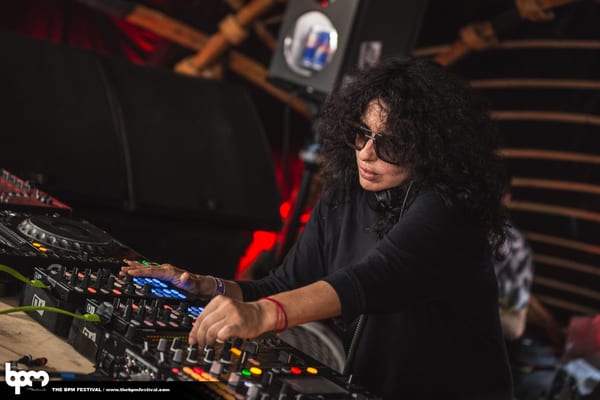 After a whirlwind year of international touring on the world’s biggest stages at festivals and clubs in Europe, Asia, North and South America, Nicole Moudaber returns to North America to ring in 2017 Brooklyn style at HYTE presents BE Yourself vs MoodRAW featuring Danny Tenaglia and Nicole Moudaber on Saturday, December 31 at a secret Brooklyn warehouse. Combining two heavyweight clubbing brands, Nicole’s signature “raw and real” MoodRAW experience will meet, her friend and mentor, Danny Tenaglia’s celebrated BE Yourself party concept, which dates back to the days of legendary nightclub Vinyl. Focusing exclusively on the evening’s musical journey, kick off the New Year with the two techno titans plus support from soon to be announced like minded artists. Tickets will go on sale Friday, November 11 at 10am EST on warehousenye.com. Sign up for BE Yourself vs MoodRAW New Year’s Eve pre-sale info on warehousenye.com.

Carrying out remix duties for Sasha’s “Rivaldo” on his label Last Night On Earth, Nicole’s take on the groundbreaking track will be premiered on November 10 on Mixmag. A long time fan of Sasha and his high caliber productions, she has been keen to work with him for some time. His track “Rivaldo” is unique yet with an unmistakeable ‘Sasha’ sound, providing the perfect opportunity for Nicole to bring her tougher approach to techno, with a punchy, heavier take on the track. Her remix keeps up a pumping bassline juxtaposed with dream like top lines that adds her own take to the original.

Nicole Moudaber and rockstar Skin of Skunk Anansie released their experimental 'BREED’ EP fusing their two worlds of techno and rock to critical acclaim in 2015. This past September, the pair released a carefully curated remix package, ‘BREED The RMXS’ featuring prominent producers Carl Craig, Fur Coat, Hector, Jamie Jones, Jerome Sydenham, MJ Hall, Paco Osuna, Pan-Pot, Paul Ritch and Scuba (in alphabetical order) that ensure there is now a version of each track to fit any set. ‘BREED the RMXS’ will be released in two vinyl installments with ‘BREED the RMXS’ (Vinyl 1) out November 14 and ‘BREED the RMXS’ (Vinyl 2) out November 28.

Before Nicole rocks Brooklyn on New Year’s Eve, catch her on a string of dates in the United States and Mexico with performances at Mexico City’s Foro Corona on November 4, Insomniac’s sixth annual Electric Daisy Carnival Orlando on November 5 at the neonGARDEN stage and in cities like El Paso and Phoenix. Then in January, join Nicole at The BPM Festival in Playa del Carmen, Mexico as they celebrate the festival’s tenth anniversary at her showcase, Nicole Moudaber presents MOOD, on January 14.

Sign up for BE Yourself vs MoodRAW New Year’s Eve ticket info on www.warehousenye.com.