Nightmares on Wax – N.O.W IS THE TIME 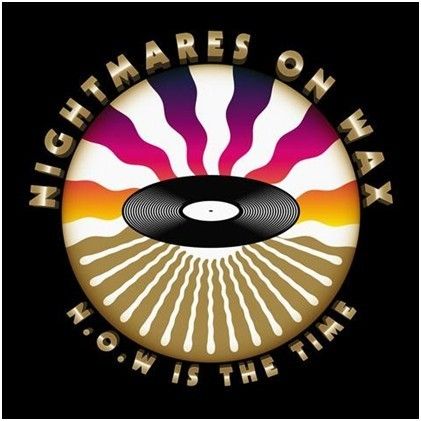 Nightmares on Wax – N.O.W IS THE TIME

After 25 years of producing and recording music, Nightmares On Wax – Warp Records’ longest serving artist – will release N.O.W IS THE TIME on 16th June. The album will comprise a special selection of N.O.W highlights, and the full tracklisting will be revealed over the coming weeks via streaming services.

George ‘E.A.S.E’ Evelyn, AKA Nightmares On Wax, has released a range of records that have been integral to cultural movements and electronic music. He spent his youth b-boying his way around the streets of Leeds and Bradford as part of teenage breakdance crew the Solar City Rockers. After cutting some embryonic rave tracks with musical co-conspirator Kevin ‘Boy Wonder’ Harper, the duo signed to Warp and released debut album A Word Of Science, becoming instrumental in the bleep explosion; with tracks such as ‘Dextrous’ and ‘Aftermath’ attaining mythical status for a generation of clubbers. George continued as a solo artist, still under the Nightmares On Wax moniker, going on to produce definitive albums Smokers Delight and Carboot Soul – both of which helped shape the burgeoning down tempo hip-hop scene, and tracks such as ‘Les Nuits’ being widely regarded as chillout classics. Later albums such as In A Space Outta Sound continue to be staple afterparty favourites, with the track ‘You Wish’ in particular being featured in numerous DJ mixes, compilations and club sets. The most recent Nightmares On Wax album, 2013’s ‘Feelin’ Good’, weaves a musical thread through a plethora of styles that N.O.W have explored over the years, including hip-hop, jazz, soul, and funk. Evelyn is now preparing to look back and celebrate their body of work to date with the N.O.W IS THE TIME release and tour.

This highly anticipated album will also be available in a special Deep Down box set edition for fans, with the 2 discs best-of accompanied by 2 exclusive vinyl LPs and a 12” x 12” book of unseen photographs, memorabilia and extensive interviews with key figures in the development of Nightmares On Wax, including Warp co-founder Steve Beckett, original Nightmares member Kev Harper, Robin Taylor-Firth, and George himself – conducted by Bill Brewster (author of Last Night A DJ Changed My Life). The 2 vinyl LPs feature unreleased tracks; rarities such as their collaboration with De La Soul, classic remixes from the likes of LFO and Mr Scruff, and brand new re-works by Morgan Geist, Optimo, Loco Dice, Special Request and Ashley Beedle.

Evelyn will also be taking his current live band – vocalists Ricky Ranking & Mozez (Zero 7), percussionist Shovell (M People, EU shows only), and drummer Grant Kershaw – on a N.O.W IS THE TIME tour, the most expansive set of live dates that Nightmares On Wax have ever embarked on. Promising to continue their ethos of creating an immersive experience aimed to transport listeners into the joyful world of sound systems, all-day parties and endless fun. Paradoxically, the only nightmare in this audio adventure is in the name. “To feel good is only a thought away,” affirms George. “The feeling is all that matters.”