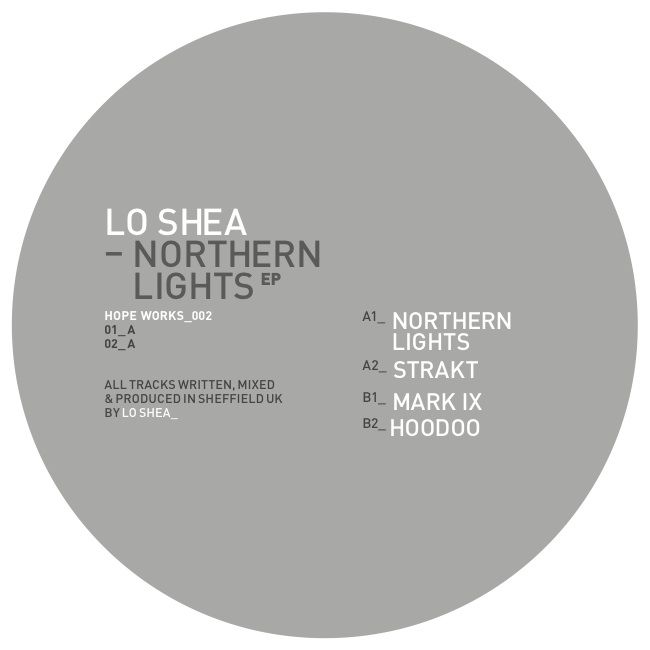 Following a well received RA Podcast and release for DEXT, Transit and Phonica in 2015, Lo Shea returns to his Hope Works imprint in January with the ‘Northern Lights’ EP, comprising four original tracks from the UK artist.

Over the past few years Lo Shea, aka Liam O’Shea, has welcomed guests like Nina Kraviz, Martyn and Anthony Naples to his Sheffield club night Hope Works whilst cultivating a formidable discography via his own now-defunct Seaghdha label, SZE and more. As with previous material, ‘Northern Lights’ sees Lo Shea further develop that percussive, warehousing aesthetics that have won him fans in the likes of Dettmann, Tessela and even Leftfield, who he played for on a recent tour date.

Lo Shea’s ‘Northern Lights’ EP will be released on Hope Works on the 18th Jan on vinyl, with a digital release to follow.