Niki Black - Not Coming Up 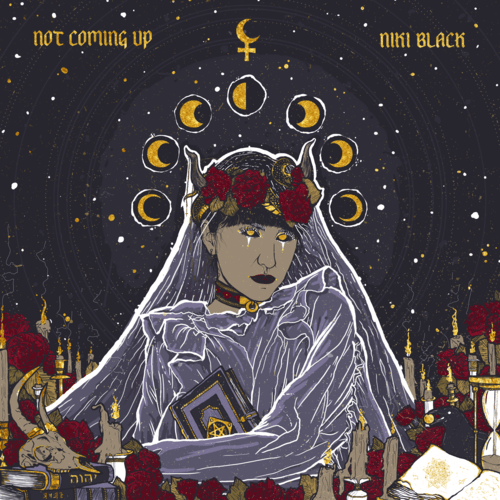 Niki Black - Not Coming Up

Much like the sound she’s created, Niki Black is a living, breathing, wondrous amalgam of styles and influences.

The rising Indie-Pop singer and songwriter reveals “Not Coming Up,” the first single off her highly anticipated debut EP.

“Not Coming Up” officially drops today, October 26. The official music video will follow in the coming weeks.

Born and raised in Los Angeles, Niki is Iranian-American, with an array of influences that represent her mixed heritage. While her father, a Chicago native, introduced her to the blues and American classics, her mother filled the house with the persian cultural influences – from the mystical writings of Rumi to the sounds of Iranian pop legend, Googoosh.

Niki began learning piano at the age of four, simultaneously discovering classical composers and cinematic modern music. When she began taking vocal lessons at the age of 13, she was taken by both the flamboyant arias of Opera and the expressiveness of musical theater. Drawn to the melodies and chord progressions of these styles, she began writing her own music at the age of 15.

Now, Niki gets inspiration from artists like Lorde, Blood Orange, Years & Years, and Sevdaliza because, as Niki puts it, “They’re the perfect blend of otherworldliness, beauty, modernity, and rebellion.”

“Not Coming Up,” is Niki’s dark and beautiful ode to her first queer relationship.

“I felt the church to be central to the song’s idea of being denied entrance to heaven because of your sexuality,” explains Niki, who is fiercely dedicated to women’s’ rights and LGBTQ initiatives.

As a whole, Niki’s forthcoming EP mirrors, in a way, Dante's Divine Comedy, describing the journey from heaven to oblivion, or hell.

“I wanted to retell that descent from a modern feminine perspective, one of the damned, which some of us may feel like sometimes, or all the time….whether it's from religion directly, from a relationship, or from yourself.”