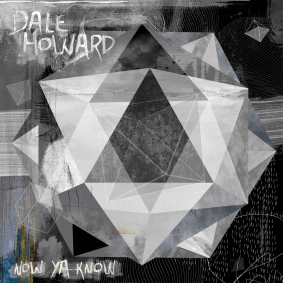 Since his first release in 2009, Liverpool’s Dale Howard has gone on to release on influential labels such as Repopulate Mars, 8bit and Objektivity. After his ‘No Limits’ EP and ‘Damage’ EP released on Gruuv, Howard now returns to Audiojack’s imprint which has played host to artists like PAWSA, youANDme and Luna City Express to name a few.

‘Tuffy’ kicks things off with a thumping bass groove, crunchy synths and raw vocal samples before Gorge reworks the track, opting for a hypnotic take on things with cosmic pad swells and nimble arpeggios meandering throughout.

Next up, ‘Can You Feel Me’ delivers a heavy, pulsating low end alongside resonant vocal chops and plucky, acidic synths ahead of ‘Now Ya Know’ which rounds things off utilising choppy stereo delayed vocals and crisp, reverberated top lines, bringing a high-octane finish to the package.