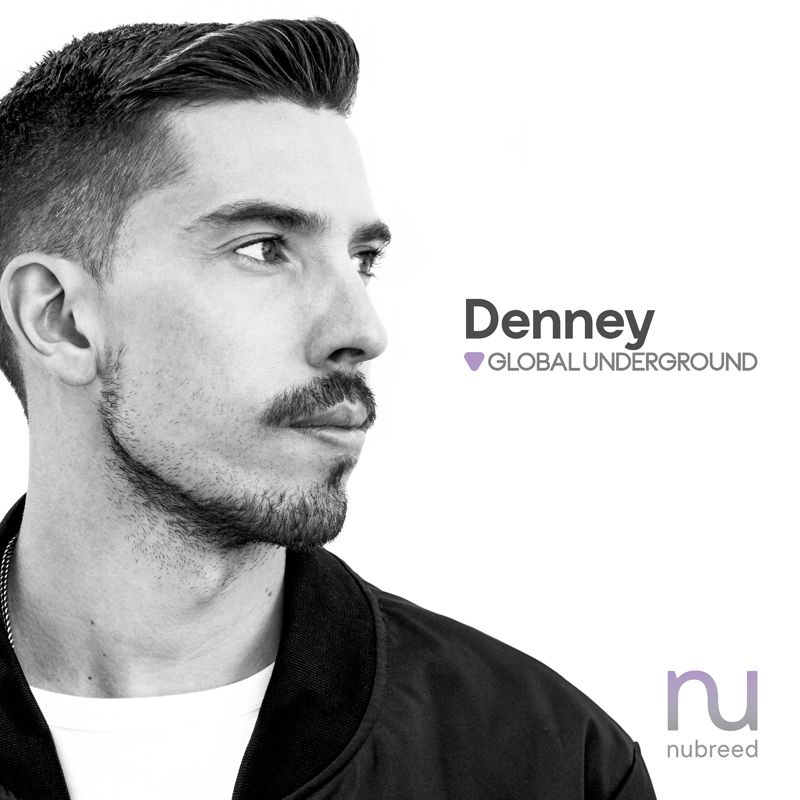 Global Underground continues to dedicate itself to developing new artists with the fourth back-to-back Nubreed release due out in September. Rising star, Denney has been secured to helm the twelfth installment of the highly esteemed, groundbreaking, and genre-warping DJ mix album series.

‘Nubreed#12: Denney’ is due to for release on Friday 28th September 2018 as a double CD plus digital and streaming formats. A vinyl release featuring four exclusive tracks is scheduled for November 16th.

The Back to Basics and Viva Warriors resident, Denney, also upholds GU’s reputation for delivering timeless DJ mixes by bringing to light some largely forgotten classic records from the past including tracks by Son of Raw, Joeski and DJ Chus, and John Creamer & Stephane K.

Since the beginning, Global Underground has heavily invested in new talent – the lifeblood of the electronic music scene – as exemplified by the benchmark Nubreed album series that’s counted Steve Lawler, Sander Kleinenberg, Lee Burridge, and Satoshi Tomiie, amongst its ranks. Recent releases include Habischman (#9), Oliver Schories (#10) and Theo Kottis (#11). And, while these albums have made stars of the DJs who’ve mixed them, GU has provided an outlet for thousands of up and coming producers, many of whom have debuted their work on the label’s series, for over twenty years.

Denney’s aural adventure began on Teesside, influenced by what was happening at Middlesbrough’s long-running underground club, Sugarshack at the Empire. From his beginnings as a teenage DMC finalist and the youngest Mixmag ‘Future Hero’, James admits he was destined to be a DJ, which was played out by his childhood dream of being asked to record a BBC Radio 1 Essential Mix. After performing in the clubs of the North East and landing his Basics residency, the release of his single ‘Ultraviolet’ on Hot Creations, the label run by Jamie Jones and Lee Foss, helped take him to the next level. This included signing tracks to Heidi’s Jackathon label and Damian Lazarus’ Crosstown Rebels and releasing the Annie Mac supported remix of Mekon’s breaks classic ‘What’s Going On’, leading to a residency at Steve Lawler’s Viva Warriors in Ibiza.

This year has been equally exciting with Denney recording tracks for Nic Fanciulli’s seminal Saved Records and Hot Since 82’s Knee Deep in Sound. He also took on a South and North American tour, plus played key gigs at Elrow, Ibiza; Miami Music Week with Green Velvet, Mark Knight, Crosstown Rebels and Roger Sanchez, and festival dates at Gottwood, Hideout, and Snowbombing, However, he took a break from his 2-year global touring schedule to curate his Nubreed album and considered over six thousand tracks from his iTunes database as well as rooting through his vinyl collection and inboxed new promos.

Denney said, “This 3-month labour of love has resulted in the most personal and emotive selection of music I’ve ever made. I thought the Essential Mix was tough, this was another level again."