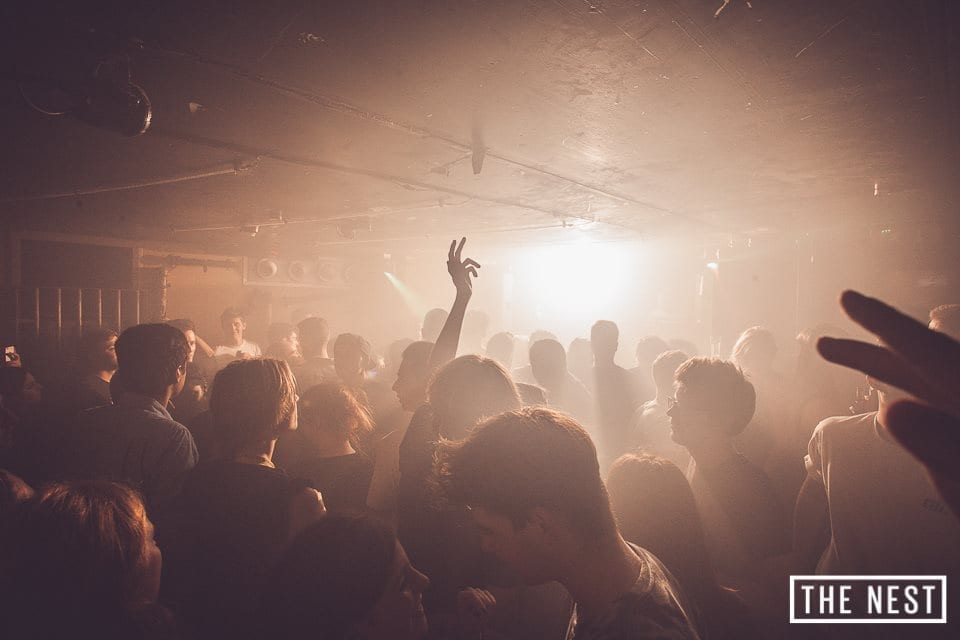 There is loads of great stuff coming up at The Nest camp over October, not least their fifth birthday which, as is tradition, has a secret line up announced on the night.

This October we turn five years old; to say thank you for another incredible year we’re throwing a very special party. As is tradition, we won’t announce the line-up until you arrive, but we promise it will not disappoint.

Darius knows a thing or two about hands in the air melodies. If you need convincing, just check his tracks
‘Espoir’ and ‘Maliblue’, both excellent examples in how to nail slow balearic house. His set at The Nest back in
March was one of the highlights of the year, and we’ve been eager to secure the young Parisian’s services once more. With him comes one of our favourite upcoming DJs, Joe Hertz, and our Saturday night resident Grainger.

Two of grime’s most loved MCs, Footsie and D Double E hardly need introducing. When flying solo, they’ve been behind some of the scene’s biggest bangers with tracks like ‘Bluku Bluku’, ‘Street Fighter Riddim’ and the BBK collab ‘Spookfest’ but together, with DJ MS1, they form the mighty Newham Generals.

With them comes renegade 22-year-old designer and musician Ryan Hawaii, who can count Virgil Abloh and
Skepta among his admirers, and East London crew Shorebitch.

Fur Coat promise to bring rolling grooves, fetching breakdowns and a whole lot of funk in their DJ sets – you can hear the passion of salsa and soul infused in their south American-inspired productions. Having released on labels such as Noir, Get Physical and My Favourite Robot, the duo have had some notable appearances at festivals such as We Are Festival, Sonar and Wavefront. Fresh from their excellent Essential Mix this summer,
they make for a special billing at The Nest.

Disco legend Greg Wilson is back at The Nest, and we can’t wait to see him again. Those that caught him on a special Valentines Day party earlier this year will know what to expect.

Greg’s place in the history books has already been reserved thanks to his revolutionary work with the tapedeck, and he has remained a crowd-pleaser to this day as he has discovered a new generation of fans who revel in his unpretentious approach to party music. Support comes in the shape of South London’s Disco party-
starters Love Glove.

London-based producer Sam O’Neil, aka TCTS, has been releasing on labels like Greco-Roman and MTA, and building himself a solid base of support from everyone from Wookie to the 2 Bears for some time now. His slick productions like ‘Thinking About You’ translate perfectly to a basement space like The Nest.

Support comes in the shape of Rinse FM’s Billon, a selector we’ve watched closely over the last year as he continues to garner support from a variety of big names.