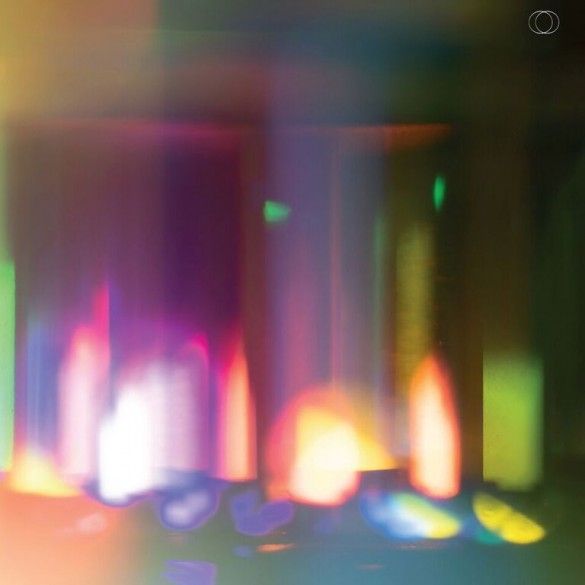 Beacon’s third full­ length record enters sight as a work of meticulous revision and refraction. 'On Ice', the pulsating new single featuring Rory O'Connor of Tycho on drums, is the latest peek into the prism that is Gravity Pairs, the new album out 2nd November on Ghostly International. The track is streaming on Soundcloud and Spotify now.

Returning home to New York in 2016, four years and several tours since the duo's first release with Ghostly International, Thomas Mullarney III and Jacob Gossett knew the next direction would be different. Together they embarked on open­-ended sessions, adopting a more linear style of songwriting compared to their previous loop and texture­-driven method. They fundamentally constructed demos from piano chords and guitar phrases with vocal melodies, editing iterations almost ad infinitum, looking through each from a multitude of angles. Compositions expanded, while others pared back to where they began. Like the bending of light, this abstractive and patient process outlines a space and scale in which seemingly separate colors — minimalist ballads, elaborate pop spirituals, and driving dance sequences — can coexist at  different speeds, fanning out with spectral cohesion.

"All matter is created by dividing gravity into pairs," said 20th­ century scientific­ mystic Walter Russell, whose idiosyncratic "new world­ thought" writings and musically-­informed schematic drawings were as fringe in their time as they are fascinating. Mullarney details the concept further: "'Gravity Pairs' is how Walter Russell describes the rhythmic order of the universe. I kept reading 'pairs' as both a noun and verb; simultaneously the elemental units of Russell's balanced universe and the process that brings us together." This curiosity of natural phenomena shines through the album’s kaleidoscopic artwork — dichroic glass prisms photographed by the band themselves —and its lyrics, most directly through the narrative device of light.

On the somber ballad "Losing My Mind," the duo’s boldest sonic departure to date, Mullarney sings of stability, whether romantic or spiritual, and the comfort in knowing someone remains in the absence of light. Written on piano, the song first swelled into a full­-bodied arrangement before reverting to its original shell, as Gossett explains. "I came back from a trip and Tom had a new edit that was completely stripped back. Sometimes it just takes those infinite iterations to finally crack the code."

With each iterative breakthrough, Beacon expanded the spectrum of these recordings as well as their possibilities in the live setting. The material can be played straight or in previous variations, enhanced by the recent addition of a drummer to their live band. Another epiphany came in the spring of 2017 when Beacon joined Tycho at Coachella and for dates in Europe, with Mullarney experimenting as the band's first ever vocalist. "Just doing things at that scale, and at that point in the record, was really validating," says Mullarney. "We came back with confidence to finally finish the record."

Two models exemplifying this mode are "Be My Organ"  and "On Ice". The former premiered today on KCRW in the US, and is sketched out in real time in the new video streaming on YouTube. The latter is a smoke-­filled still ­life. Notes arpeggiate along a cool, motorik beat as Mullarney repeats "you’re not moving," his vocals vaporized and echoed. The former elevates on a percussive build, reaching its peak in the final strobe­ lit minute. Then there's a late album flourish, "The Road," which, through pinwheeling repetitions beamed into four­-on-­the­-floor framework — from Tycho drummer Rory O'Connor — folds vibrating wavelengths into a symphony of fragmentary energies.

Russell, the mystic, believed in balance, a rhythmic exchange "between all pairs of opposite expressions". On Gravity Pairs, Beacon channel the philosophy with pure pop mystique, slicing through dense and foggy dance and electronic music apparatuses to create something familiar but unique, melodic but cathartic. Rippling through these songs are iridescent synthesizer lines, stoic piano phrasing, dazzling percussion, posh harpsichord, understated xylophone, and a crisp voice in complete control. Taken as a whole, in their various combinations and compressions, these complementary and secondary tones unlock the lushest field of color, a universe of light.