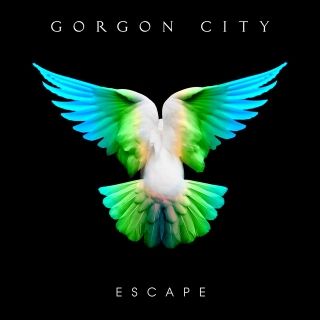 Gorgon City have delivered the official video for their fresh collaboration ‘One Last Song’ with singer/songwriter JP Cooper and English rapper Yungen, taken from the duo’s brand-new album ‘Escape.’

Having amassed over 676 million combined streams to date, Gorgon City have garnered a reputation as one of dance music’s most in-demand acts, previously achieving a top 10 spot on their huge 2014 debut album ‘Sirens.’ Writing the melodic ‘One Last Song’ with Donaeo at their North London studio, Matt and Kye (Gorgon City) then sent the track to JP Cooper, topping the soulful anthem with his rich voice, with Yungen laying down his signature bars on the track. With the official video following the summer romance between two lead characters, the pair work through their troubles and reunite together on the dancefloor.

Best known for his platinum selling Jonas Blue collaboration ‘Perfect Strangers’, JP Cooper has garnered a reputation as one of UK’s fastest-rising talents, receiving critical acclaim on his uplifting ballad ‘September Song.’ Having established themselves as one of the most dynamic acts around, Gorgon City have enjoyed stellar success over the past 5 years thanks to their unique blend of bass-driven house music, launching their own club-focused REALM imprint.

With the pair playing a wealth of dates across the UK – including a show at London’s iconic Printworks venue – between January and February 2019 during their ‘Escape’ Tour, Matt and Kye will also embark on a huge run of US performances, playing to over 40,000 people with scheduled events at the likes of Philadelphia’s iconic Fillmore venue, and further performances in Las Vegas, Los Angeles, Brooklyn, and many more.

With their new ‘Escape’ album also including huge hits like Duke Dumont & NAATIONS collaboration ‘Real Life’ (36 million Spotify streams) and D Double E collaboration ‘Hear That’, the official video for ‘One Last Song’ is out now, with tickets for the duo’s huge 22-date UK and US tour dates available here