Only To Survive The Diaspora 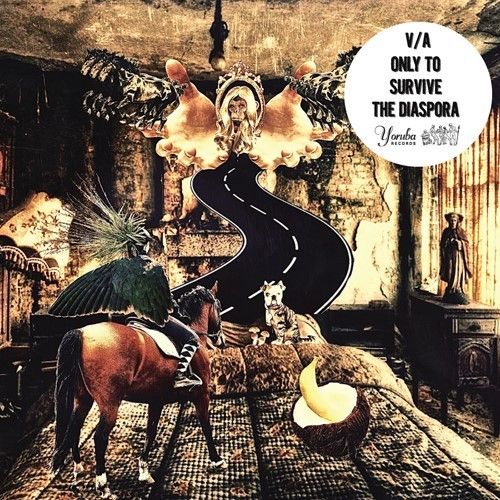 Only To Survive The Diaspora

The latest compilation of tribal-inflected house and world music from Osunlade’s Yoruba Records collects tracks from an eclectic array of artists including Afefe Iku, Djinji Brown, Drala and Osunlade himself.

Since its first release in 1999 Osunlade’s label Yoruba has displayed a diverse and incredibly consistent variety of music, with the focus on the quality, honesty and soul of the music rather than limiting the label itself to a specific genre.

Personally compiled by Osunlade, this latest Yoruba collection showcases some of the artist around whom the label has been built, with a few upcoming exclusives for good measure.

Two tracks feature from Osunlade himself, the soothing and melodic ‘Blue Is The New Green’ and the more up-tempo DJ Kermit remix of his earlier release ‘Peacock’.  Osunlade’s protégé Afefe Iku features, with two cuts created in collaboration with the mysterious Piscean Group.

Further idiosyncratic inclusions come in the form Mateo Senolia’s ‘The Critic’, with Senolia’s provocative prose combining with a modern house track to create something engaging and truly unique.

Other artists that feature include Drala, Djinji Brown, Git and Toto Chiavetta, wrapping up yet another notable release from the inimitable Yoruba.