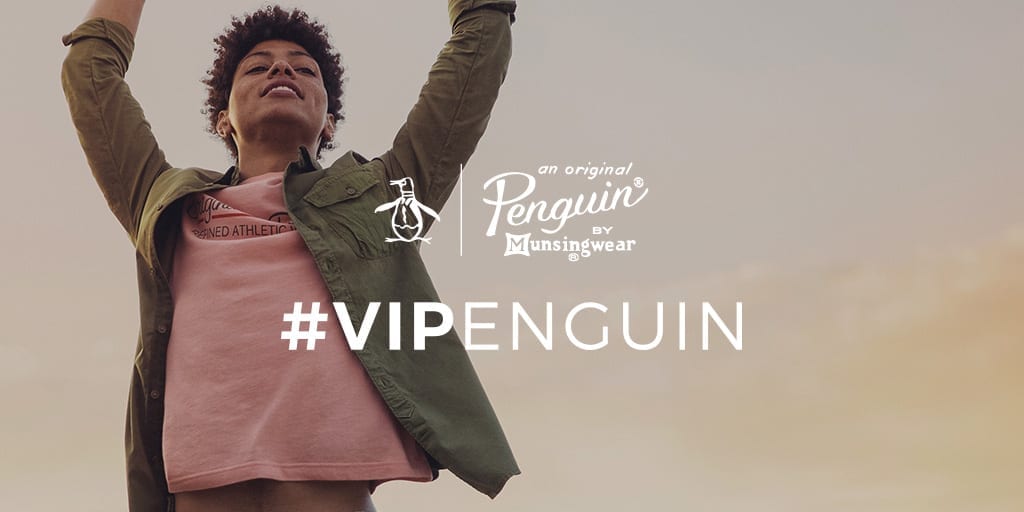 Following the success of iconic fashion brand Original Penguin’s Plugged In Sessions series which saw them take over parties in London, Ibiza and beyond with artists including Friction, Gorgon City and Wilkinson as well as the iconic Space nightclub, this year the brand introduces #VIPenguin, their golden ticket into festivals in the UK and Europe and for one lucky DJ, the opportunity to perform alongside some of the biggest names in the world.

Teaming up with two of the most exciting festivals of the busy summer season, Original Penguin are offering lucky festival fans the opportunity for a VIP trip to Flow Festival in Helsinki and the same treatment at the UK festival season’s biggest closing party Sundown Festival.

Now in its fourteenth year, Flow Festival in Helsinki has firmly established itself as the coolest festival in the world. Taking part in a super stylish, unique, industrial setting in the heart of the city and featuring a lineup that includes Frank Ocean, The XX, Aphex Twin, Flume, Danny Brown, Moderat, London Grammar, Nina Kraviz and Sampha, Flow Festival is a must visit for all discerning music fans.

The perfect excuse for one last dance in the sunshine, Sundown Festival brings some of the biggest names in pop, dance and urban music to Norfolk Showground for the definitive closing party of the busy festival season. This year headliners Pendulum and Craig David are joined by Wiley, Giggs, Rag N Bone Man, You Me At Six, Skream, AJ Tracey, Artwork, Jaguar Skills, Raye, Noisia, Hannah Wants and lots more. Supported by Original Penguin, Sundown’s Platform Stage is all about discovery. Scouting for the best up and coming acts, DJ’s and home-grown talent, Original Penguin’s stage is set to offer a chance for new artists to have the opportunity to be heard. Lineup to be announced.

Details of the #VIPenguin DJ competition will be revealed shortly!