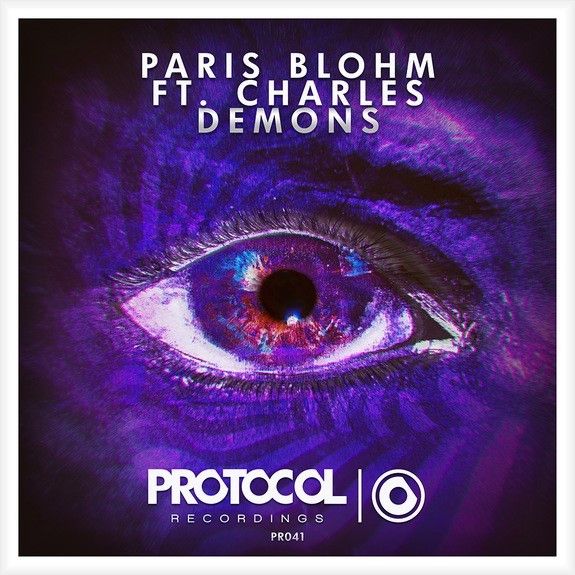 Kicking off 2015 with a bang, revered label Protocol Recordings brings forth a massive progressive house anthem from LA bred DJ / Producer, Paris Blohm. Feeding off the massive success of ‘Colors’, Paris returns to the Protocol helms alongside vocalist Charles to produce ‘Demons’ which is out now.

Featuring soaring vocals from Charles coinciding with Paris’ infectious melodies that so many fans have come to love, Demons is yet another smash hit from the Protocol Recordings family and its ever expansive catalogue. The stunning creation utilizes subtle bass kicks, swirling synths, and the towering vocals of Charles perfectly intertwined with a frenetic drop. The story portrays everyone’s struggle of having to face an issue in some point in their lives and triggering the demon inside them.

With the teaser having already amassed over 215K plays on Soundcloud and the track garnering support from some of Dance Music’s most iconic veterans, ‘Demons’ is the perfect indication of what’s to come from Protocol in 2015.