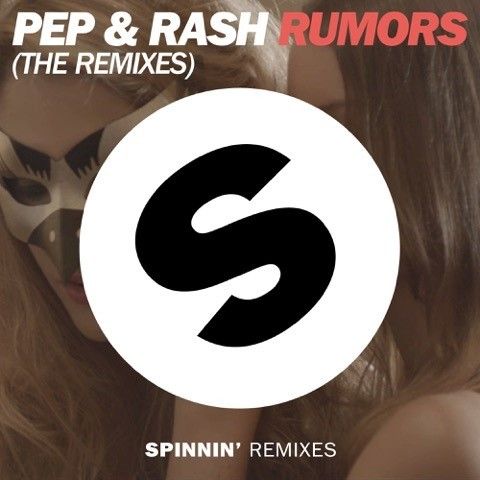 Fresh off the back of their recent anthem ‘Fatality’ released at the end of last year, Dutch duo Pep & Rash are back with yet another club smash, ‘Rumors’.

Now with two massive remixes from Deniz Koyu and Tujamo, ‘Rumors’ has been given a fresh new twist on the chilled out original production.

Best known for his huge electro-house hits, Deniz Koyu counts some of the worlds biggest DJs as his fans. His rolling and rattling version of ‘Rumors’ takes the track from sultry underground to the heart of the main room, making it the perfect tune for the dance floor.

Following on from his #1 smash hit ‘Delirious (Boneless)’ collaboration with Steve Aoki, German native Tujamo is back with his dark and aggressive take on the track, transforming ‘Rumors’ from the daytime to serious night time anthem.

Tujamo has recently celebrated hitting 5 consecutive #1 hits with his mega track ‘Booty Bounce’, his unique, one of a kind sound has propelled him into becoming undoubtedly one of the most standout artists of the scene.

With huge tracks such as ‘Lift’, ‘Sonic’ and ‘To The Sun’ and standout remixes for artists including Zedd, Digitalism and David Guetta, Deniz Koyu has earned support from massive global DJ’s such as Sebastian Ingrosso, Axwell and Avicii as well as prestigious labels such as Spinnin’ and Protocol.

Already making waves thanks to major radio support from the likes of Zane Lowe, Danny Howard and MistaJam, and having had over 2.5 million views on the official video, ‘Rumors’, and the official remixes will undoubtedly become a regular feature on sound systems everywhere.