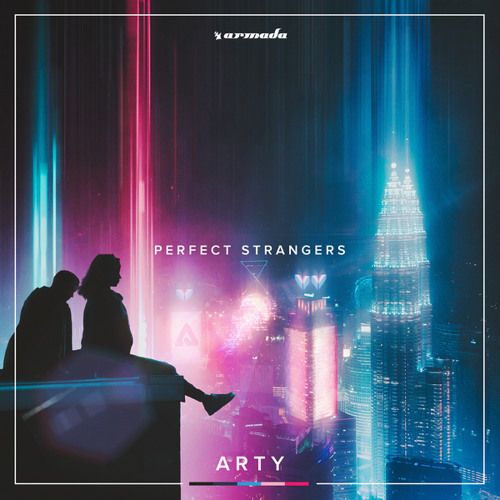 There’s no telling how he does it, but ARTY just keeps on churning out new singles at an impressive rate. The Russian dance music icon is continuing down the path chosen when he returned to his Progressive House roots earlier this year, this time resulting in the undeniably brilliant ‘Perfect Strangers’.

An uplifting anthem with a powerful drop, big chords and beautiful vocals that perfectly complement the vibe of the track, ‘Perfect Strangers’ is, in ARTY’s own words, “definitely one of the my favorite songs I’ve produced this year”. Tried and tested in several of his shows eliciting massive response from the crowd, this song truly is a step forward for ARTY, simply because of the way the melody, arrangement and vocals connect on so many levels.

ARTY: “The idea of this record came to me a little bit after my debut album was released. I was playing around with different instruments and melodies, but never finished it and only got back to it randomly last year when I was looking for a new intro track for my DJ sets, something uplifting and powerful. I tested it out on a few of my shows and the reaction of the crowd was incredible.”

2018 has been a record-breaking year for famed DJ/producer and EDM heavyweight Artem ‘Arty’ Stoliarov, or ARTY. After starting 2018 with his single ‘Sunrise’ going to #2 on U.S. dance radio, ARTY continues to shock the dance world with over seventeen new releases in just nine months between his globally acclaimed ARTY and progressive trance-focused ALPHA 9 projects, including incredibly successful remixes for Skrillex, Above and Beyond, Axwell /\ Ingrosso and Armin Van Buuren, making him #1 in 2018 for most releases by any EDM artist.

Now residing in Los Angeles, ARTY performs at the biggest festivals and clubs in the world (e.g. Ultra, Electric Daisy Carnival, Tomorrowland, Ushuaïa, Amnesia Ibiza, Creamfields), and clocks up millions of streams on Spotify. ARTY is a purebred artist capable of true greatness, and his new single ‘Perfect Strangers’ counts as instant verification of just that.