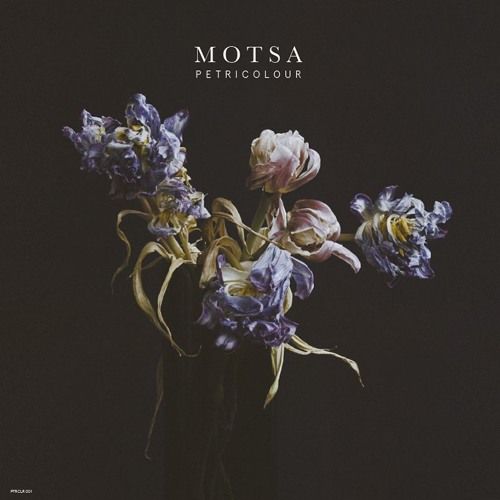 Following his last two EP releases on Southern Fried Records, half-Austrian/half-Russian artist producer MOTSA (real name Valerio Dittrich) has announced his forthcoming fourth EP 'Petricolour', due out 4th November on his own label imprint. In tandem with the announcement, MOTSA is previewing his first taster of the EP; the melodic and beautifully textured 'Colours', featuring David Österle.

Now based out of his native Vienna, MOTSA immersed himself within UK bass/electronic culture whilst residing in Scotland, becoming a student to the sounds he uncovered and finding inspiration from his surroundings. Devoting hours of energy to his compositions, his aptitude for production has only grown exponentially in the past few years. Although initially inspired by what he heard while living in the United Kingdom, Valerio has not limited himself to solely become a pastiche of a scene for which he has fond memories, but has actively sought out sounds and textures from the vast spectrum of electronic music. This in turn has allowed him to create diverse and unique tracks, which all share a common quality with their bass led, beat driven, soulful and harmonic edge.

'Petricolour' EP is written about the decline of our western society; its beauty, wealth and our opportunities having reached a peak and the onset of gradual decay. This is reflected in the accompanying artwork; the flowers symbolising deterioration but retaining some beauty and hope. Throughout the EP, MOTSA incorporates organic textures and sounds recorded from nature and his surroundings.

Opening track 'Petrichor', featuring Sophie Lindinger (one half of acclaimed Austrian experimental pop outfit Leyya) is a sensual delight; pulsating, intelligent rhythms and the sound of water hitting concrete signify autumn and new beginnings. It is a haunting and melancholic composition, impressively recorded on Dittrich's grand piano. 'Walked This Road' is a song about history and humanity repeating the same mistakes over and over. Offering the fastest tempo of all tracks on the EP, it combines jittery electronics but with an underlying sense of calm; a spellbinding and evolving cut with warm surges of melody. 'Colours' is one of the more uplifting of those featuring on the release; its use of soft vocals and classical melodies atop restrained beats builing towards an epic, emotional climax. EP closing track 'The Storm' stays true to its title, with percussive sounds and claps creating a tense atmosphere before veering into an angelic closing half, symbolising hope for its listeners.

MOTSA has garnered the attention of several influential figures and tastemakers; international dance icon Sasha inluded 'Sleepless Nights' on his compilation for Mixmag, Beatport named ‘Untitled’ one of the top tracks of it’s year and i-D, THUMP, Eton Messy, Annie Mac, Dummy Mag and XLR8R are all included in his surplus of supporters. Radio support has come from BBC Radio 1, BBC 6Music, plus several rotation spots on Austria's Radio FM4(his track 'Clocks' was also featured in their Top 100 Singles of 2015). He was invited to partake at the Red Bull Music Academy Bass Camp Vienna in 2013, and has released original and remix work on key labels such as Counter Records (Ninja Tune), PMR, Southern Fried Records, Last Night On Earth and Compost Records.

MOTSA has found himself in the enviable position of being recognized and revered by the likes of John Digweed, Tom Ravenscroft, Adam Freeland and Maribou State. This list only continues to grow with each incredible remix for established acts in the field – Submotion Orchestra, SG Lewis, The 2 Bears and Flamingods being the most recent names that have commisioned MOTSA for his remix work.

MOTSA is a musician driven by a desire to convey his serious love for sounds and to push his own musical boundaries. Instead of resting on familiar structures, Valerio decided to change his approach and started recording and incorporating organic textures, instruments, synthesizers and his own voice in his new work. This has led him from a purely club directed sound towards a more melodic yet still beat heavy and danceable realm of electronic music.

'Petricolor' EP will be released digitally and on vinyl on 4th November, and also signfifes the debut of MOTSA's live-set, which he will be touring across Europe in late 2016 and 2017.