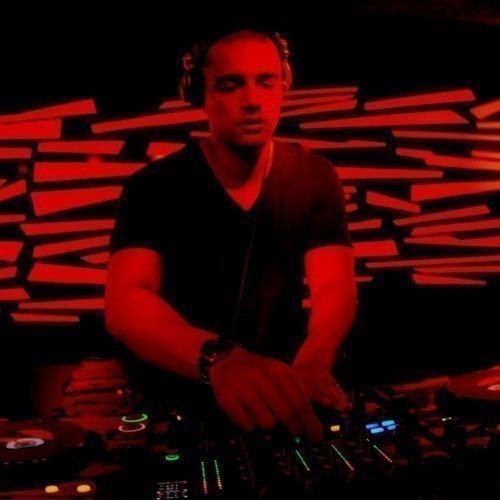 Hailing from Porto Alegre, Rio Grande do Sul in Southern Brazil, Fabrício Peçanha has secured himself the accolade of one of Brazil’s biggest DJs and is now primed to develop an already burgeoning reputation across the rest of the globe.

His Beatport-bestselling productions are more than good enough to make him a serious contender within the top rank of global DJ/producers, with vibes ranging from grimy heads-down warehouse jackers, to pristine, uplifting deepness and bouncy bass-driven rollers.

Killer tracks by Fabrício take in several forms of underground house music, from tech, deep, acid, vocal, to more funk-driven classic US style sounds, with the blood pumping though each vein being consistently deft production and stealthy effectiveness on the dancefloor.

Sasse, Namito, Martin Eyerer, Wehbba, Rainer Weichhold, Robert Babicz, Phonique and Namito have not only played Peçanha’s music out, but also remixed his work, with the latter two also collaborating with him in the studio.

If this stellar list of jocks isn’t testament enough to the calibre and credibility of his music, the labels he’s released on ads yet more clout. With ‘Panic Attack’ already out on iconic NY imprint King Street and another EP pencilled with them for November, Fabricio finds himself on an esteemed roster that has been home to Louie Vega, David Morales, Lil Louis, Tony Humphries, Ron Trent, DJ Pierre and Kerri Chandler.

Fabrício’s mastery in the studio is matched by his skills as a DJ. He has wowed crowds on world-leading floors like Cocoon in Frankfurt, Avalon in Los Angeles, DC10, Amnesia and Space in Ibiza, not to mention gigs in the US, Switzerland, Argentina, Peru, Uruguay, Switzerland England and China – where he was the first Brazilian DJ ever to play.

At home Peçanha has legions of devoted fans who regularly and rapturously enjoy his sets at the biggest Brazilian parties. He was one of the few residents at Warung – a club that’s regularly referred to as one of the best in the world.

In Argentina, Fabricio was the first Brazilian to DJ at Creamfields. He rocked the Buenos Aires Energy Parade crowd of more than 150,000 people and headlined the biggest electronic music event in Latin America – the Aca World Sound Festival in Acapulco, which was attended by 300,000.

As well as being a leading emissary for house and techno in Brazil, Fabrício was instrumental in the development of the country’s embryonic scene. He played at and organised the Fulltronic parties In Porto Alegre and founded the now folkloric club Spin, in the state capital.

His dedicated work ethic is matched by a consistent release schedule. With more winter 2014 and 2015 releases to be announced imminently, next up is ‘The Walk’ EP on Ukrainian label Sex Panda White/Da Way.

The first of the EP’s three guaranteed floor-fillers, ‘The Walk’ builds pressure to fever pitch. Expansive chugger ‘Just Music’ is catchy as hell and a contender for bassline of the year, whilst ‘Walter White’ is a classy, epic groover.

From his origins a pioneer in developing dance music in Brazil, to becoming not only a homegrown star, but one of greatest DJs in South America, Fabrício Peçanha has achieved a lot, but it’s only the beginning. Expect global recognition to be just around the corner.