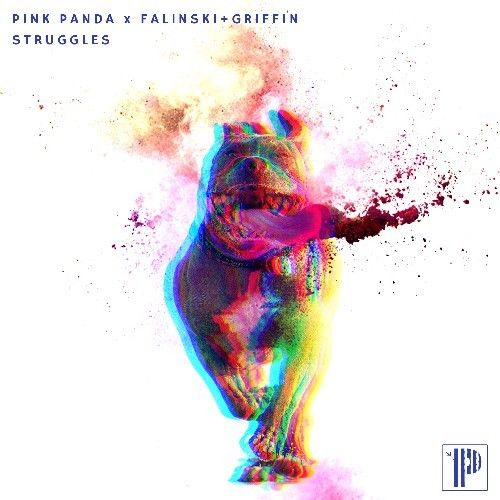 While their black and white giant counterparts face extreme daily Struggles, this British native duo have consistently proven themselves to be an exception to the rule. Unique in every way and turning heads wherever they go, Pink Panda are one species not about to be wiped out as they bring their distinctive sound and image to the forefront of contemporary dance music.

Kicking off the second release on their own imprint Pandamoniam, the original Struggles mix combines relentless and unforgiving synths with driving bass that make this the perfect peak time crowd pleaser. Enlisting the unfaltering yet haunting vocals of Falinski+Griffin, Struggles packs a punch you’ve come to expect from a pair who take the roof off every party they play.

Dedicated to producing cutting edge dance music, their commitment to the cause couldn’t be clearer as they also offer up another of their ‘Future Groove’ mixes. This mix takes a more driving techy route that’ll whip anyone within ear shot into a frenzied future groove and straight to the dancefloor.

With previous Beatport success under these bear’s belts and Blasterjaxx, Cedric Gervais and Judge Jules among their list of supporters, Struggles is predicted to hit the nail on the head once again. They’ve previously taken their sound to Ibiza, Greece, Germany, Taiwan, Bahrain, Seoul and Jakarta but bangers like this in their record box is evidence that sightings of these Pink Pandas will become an ever more regular occurrence…