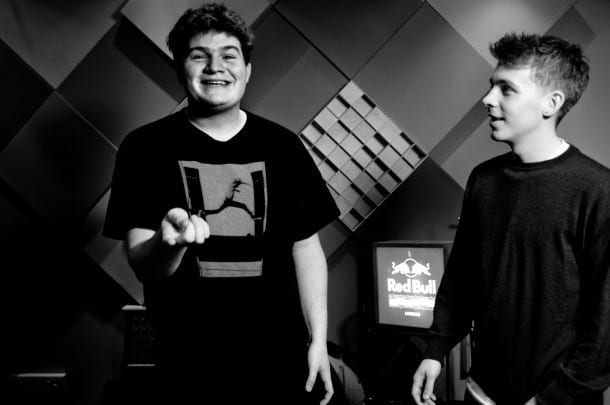 Bondax has been simmering below the surface for a while now, but there’s little question that last year’s “Baby I Got That” took the teenage duo to a new level of recognition. Granted, the song is an almost impossibly catchy piece of sun-kissed electronic pop, but it’s doubtful that anyone anticipated just how big of a single it would be. Now, nearly a year later, the UK outfit has only let loose a handful of additional tunes, yet it sits at the precipice of a full-fledged crossover—it’s no stretch to say that Bondax has become something of a minor phenomenon. At the same time, it also feels like Bondax remains something of a mystery; the group simply doesn’t have much of a track record. In fairness, the duo did just release the Gold EP and has said that a full-length will arrive later in the year, but we still wanted to know—and hear—more, which is why we invited the young Brits to put together an exclusive mix for the XLR8R podcast series. Listening to the mix, it seems that when the pair is operating in the DJ sphere, Bondax sounds a lot like, well, Bondax. As such, this nearly hour-long session includes a lot of upbeat melodies and hook-laden grooves. The duo has a clear affinity for funk- and soul-flavored pop, but also makes sure to include plenty of nods to the feelgood anthems of ’90s house and garage. It’s light, it’s carefree, and it’s unquestionably pop, but we’re guessing that’s entirely the point.